Apostle Chibuzor Chinyere has finally spoken with the bereaved family of late Deborah Samuel and offered her immediate younger brother a scholarship to study abroad. 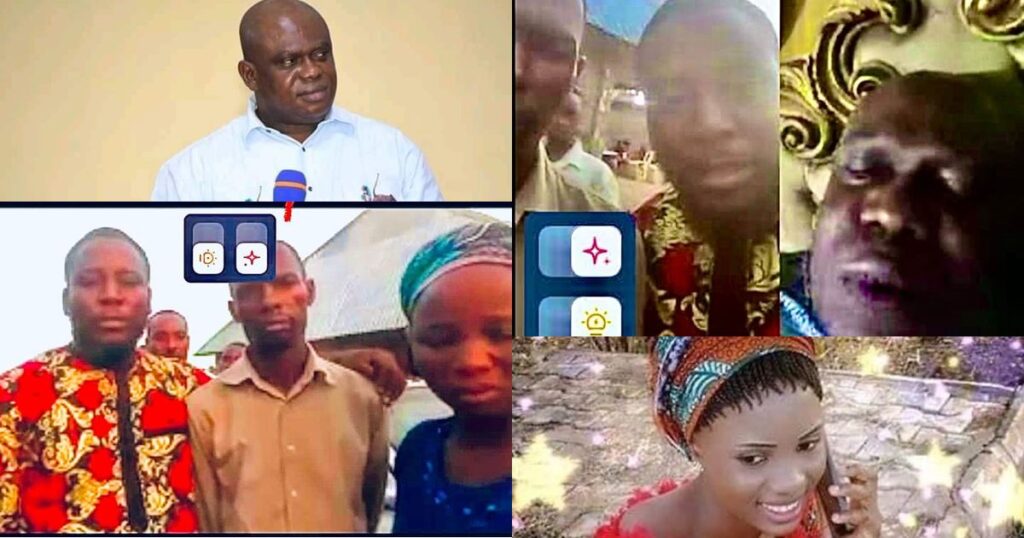 This is coming after the Port Harcourt-based clergyman made a post where he requested to speak with the family and promised to get a job for the father of the deceased and open a shop for her mother.

Subsequently, the Pastor got to speak with them through a video call and disclosed that they agreed to move down to Port Harcourt to start a new life where they would live in the church’s free estate.

He also promised to sponsor the rest of Deborah’s siblings in school up till university level.

Sharing photos of his video chat with the grieving family, he wrote:

“GOOD NEWS!!!!
APOSTLE CHIBUZOR FINALLY CONTACTS THE FAMILY OF LATE DEBORAH SAMUEL AND OFFERS EDUCATIONAL SCHOLARSHIP ABROAD TO HER IMMEDIATE YOUNGER BROTHER.
Apostle Chibuzor Chinyere has been able to contact the family of the slain Girl, Deborah Samuel of Shehu Shagari college of education in Sokoto state.
Deborah’s parents agreed to relocate to port Harcourt to begin a new life and In a video call, Apostle Chibuzor offered Deborah’s immediate younger brother an educational scholarship abroad.
He also promised to give Deborah’s other siblings automatic scholarship to university level. In addition, free housing, job for the father and a business for the mother was promised to the family of Deborah.
Deborah’s family who was with their pastor, neighbors and extended family members were grateful and thanked Apostle Chibuzor immensely.” 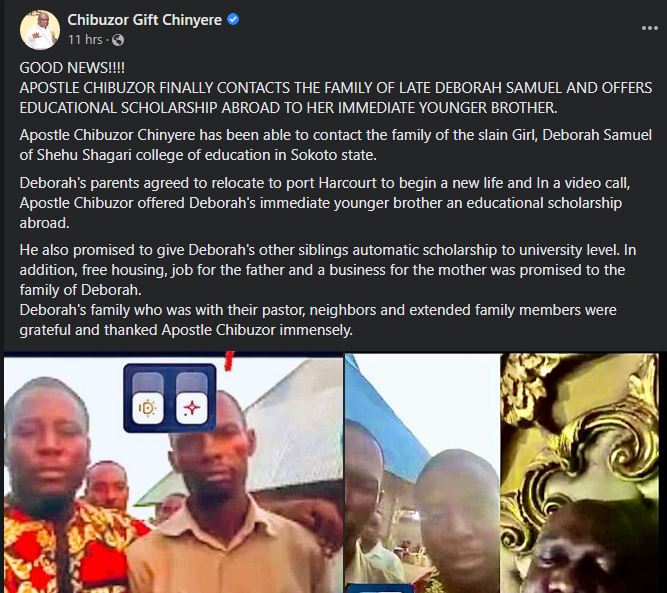 In previous news, a pastor has also tackled President Muhammadu Buhari over blasphemy