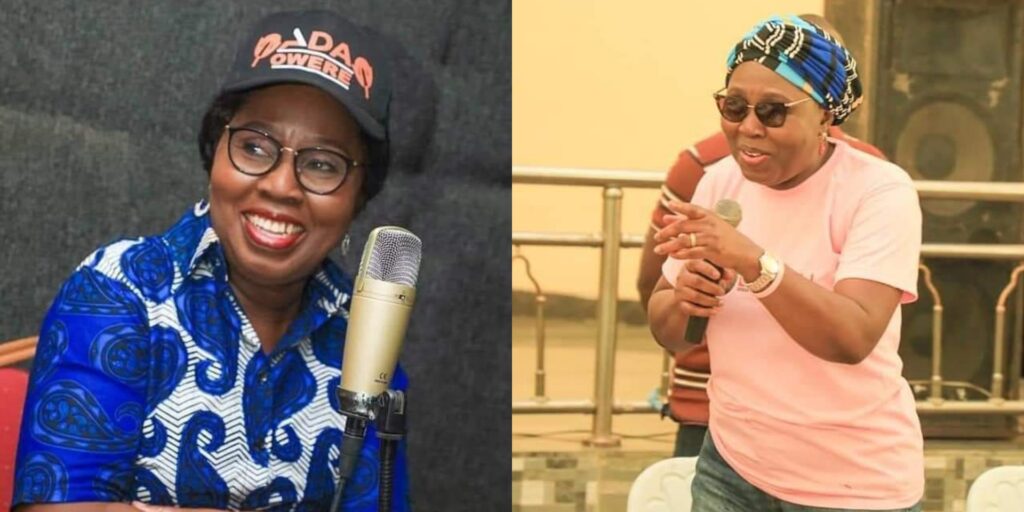 The first lady while notifying the public about her decision in the early hours of Sunday, 29th May, stated that it was reached owing to brazen irregularities, use of force and intimidation meted out on her person and supporters.

According to her, she has received reliable information that some high authorities within the party have fashioned out methods to tilt the whole electoral process in favour of a candidate.

She added that delegates were already being harassed and intimidated hence her decision.

She also thanked everyone who supported her ambition up to the moment she withdrew and apologized to those that will be disappointed by her decision.

“NOTICE OF WITHDRAWAL FROM SENATORIAL RACE

I wish to declare my decision to withdraw from the Senatorial Primaries of Imo East Senatorial zone. This decision has become necessary following brazen irregularities, use of force and intimidation meted on my person and supporters.

I have received reliable information that arrangements have been concluded by some high authorities within the party to scheme the whole process in favour of a particular candidate. Delegates are being harrasesd and intimidated to comply with this directive.

I believe in free and fair elections, equity and level playing ground. The circumstances that have shrouded events preceding this primaries have proven to be far from these ideals which I hold so dearly.

It is expedient therefore for me to withdraw from this race which I believe is also in the interest of the party in the state.

I must, at this juncture, appreciate Ada Owere team, all my friends and supporters who stood by me during this period. Special thanks to the delegates who believed in me but were denied the opportunity to express their support.

I sincerely apologize to all those who will be disappointed by this decision. Rest assured that your belief in me is greatly appreciated.

Finally, let me affirm that I will continue to serve the good people of Imo East Senatorial zone and Imo state at large, contributing my quota to development and a fair and just society. Politics should not be a do or die affair. I had earlier stated that if I did not emerge as the standard bearer in a free and fair primary, I would throw my weight behind any of my brothers who emerged.

All I asked for was a level playing ground where delegates would be allowed to express themselves without fear and intimidation. I sincerely hope that one day, we will get it right.

Recall that in a viral video on Saturday, May 28 Betty had cried out over plots to shut her out of the process, adding that she approached Governor Hope Uzodinma over the situation.