Former President, Goodluck Ebele Jonathan’s name cannot be found on the list of presidential hopefuls expected to be screened by the All Progressives Congress (APC) ahead of the presidential primary election slated for June 6. 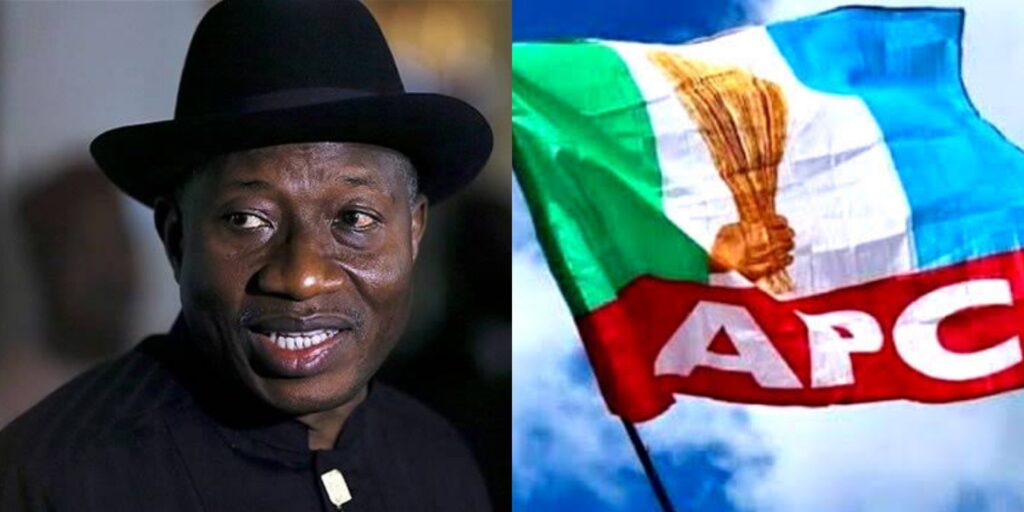 KanyiDaily recalls that a Fulani group purchased the N100M presidential form for Goodluck Jonathan. Although he later dissociated himself from the arrangements, reports of the ex-president joining the All Progressive Congress, APC, and later accepting the form made rounds.

Jonathan’s silence however triggered a lot of speculations about his plan to contest for president under the APC.

However, a list of all APC presidential hopefuls didn’t accommodate Jonathan’s name.

This is coming days after a Federal High Court in Yenegoa, Bayelsa cleared Goodluck Jonathan and declared him eligible to contest for president.

Ondo Governor’s Wife, Betty Akeredolu Withdraws From Senatorial Race Over Intimidation On Her And Supporters