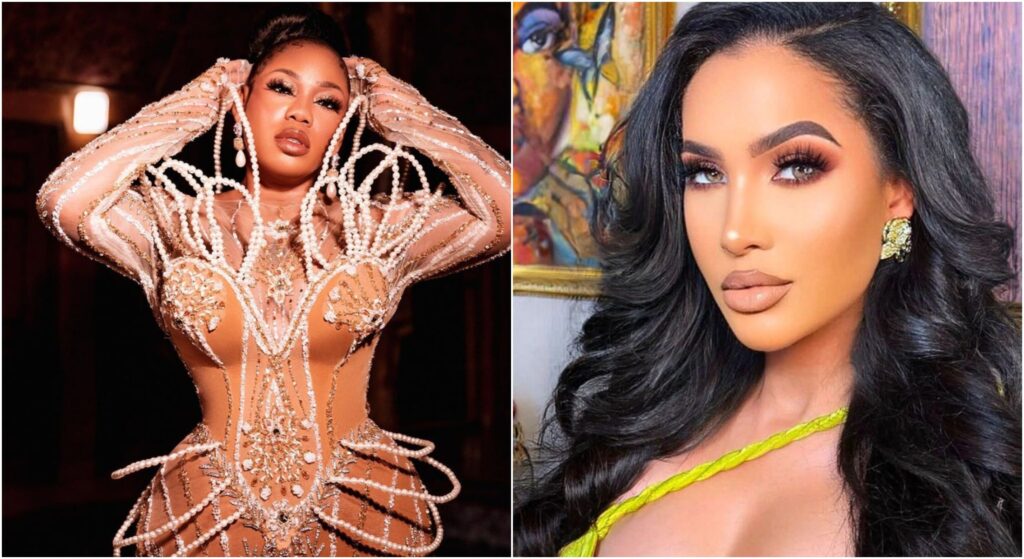 Toyin Lawani And Caroline Danjuma Drags Each Other

Trouble started on Saturday when Caroline took to her Twitter page to call out Toyin who she said was accusing her of ruining her relationship with her ex-lover, Aremo Segun Oniru.

Caroline wrote: “Toyin you keep saying my ex caught me with small boys ???.. yet he let me stay from 2009 to 2016 ?? Girl this is the last time I will address you .. I ain’t afraid of no one except the one that can destroy my soul .. concentrate on your 33 companies.

“Toyin lawani has accused EVERYONE of ruining her relationship with Aremo .. every living thing even if you met her in a week . I ruined your relationship so I can marry him as husband number 2 with my ex husband ???.. is this woman ok ??

Toyin replied saying: “Someone I was with for 11 years you must be sick, you ruined my life but I’m glad I’m not where I used to be, thanks for all you do cause if you didn’t I won’t be where I am today. Go and do the same for yourself, lazy ass, alapamashishe is your ex still not paying ur bills”

READ:  "Nobody Can Kill Me, I'm Not Scared Of Anybody" - Davido Replies Kemi Olunloyo's Warning

Caroline defended herself saying: “Toyin I did NOT break up your relationship .. rather you did not know your married ex had people giving him info of your movements. I was with you for biz . What the hell is my biz with your affair ???.

“Facts still remain, you slept with him. Stop covering your tracks with lies and lie on your child we were not friends, you never slept on my bed..never cooked food in my house, never cried on my shoulder and never grassed me out. While I protected you”.

READ:  BBTitans: Love Is In The Air As Juicy Jay And Yvonne Cuddle During Nap [Video]

“When you have been hearing someone chat shit about you since 2009 over a married man but everyone has been saying keep quiet . Still she won’t stop . Toyin I double dare you to say all this infront of your ex , myself and those involved . Triple dare you .

“Another reason he chased you out was because you were staying in his property with your sons dad .. you think he is a fool .. who does not know your gist Toyin .. you want to use this show to act Angel ?? F off … don’t stress me again . Happy Saturday sugar.

Toyin said, “LIE WITH YOUR CHILDRENS NAME THAT IM LYING AND THERES NO TRUTH IN WHAT IM SAYING ,SWEAR YOU DIDNT ACCUSE ME ? SWEAR U DIDNT SLEEP WITH HIM ? JUST DS ONCE & I WILL BELIVE U , IM READY TO SWEAR , u do it let’s see.

Caroline replied, “Toyin has accused me of alllll sorts because of her married lover . Things I have absolutely nothing to do with . She accused OTHERS as well .. Toyin rest .. you LIE too much . Focus on your marriage . FOCUS .”

kanyiDaily recalls that Caroline Danjuma and Timaya’s second babymama, Tamara Sinclair had also fought each other on social media over an alleged affair with the singer. 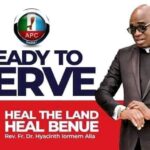 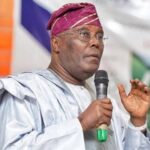