Nollywood actor, Yul Edochie has subtly blamed the troubled marriage he was having with his first wife, May Aligwe, for his decision to marry his colleague, Judy Austin Muoghalu. Amid the backlash, the actor held an Instagram live discussion with show promoter, Paulo Okoye, where he hinted at having a troubled marriage with May before embarking on the journey of taking a second wife.

Stressing that there is a reason for everything, Edochie explained that a lot of people do not know the root of the matter but are quick to attack and insult him without being aware of the situation.

READ:  I Found Love After A Powerful One-Night Stand – Pascaline Edwards Reveals How She Met Her Boyfriend

”I don’t blame them is the love that they have for me that made them react that way. They don’t know the root for it, there is a reason for it.

“They don’t live in my house. A man wouldn’t come out to say everything in his home they can insult me but they wouldn’t understand,” he said.

Edochie added that no matter what people say about him, he would never say anything to make his wife, May look bad in public, maintaining that he would rather take all the heat than wash his dirty linen in public.

He further linked his travail to his presidential ambition saying, “I believe this is preparing me for “Aso Rock” because for one to sit on that seat one has to be prepared for things like this”.

KanyiDaily recalls Yul Edochie had also maintained that marrying Judy Austin Muoghalu, as his second wife, was one of the best decisions he has ever made in life. 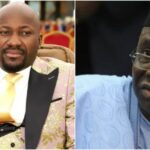 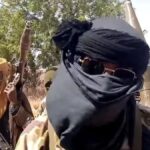