A 46-year-old driver, Ejiro Otarigho who drove a burning tanker from a danger zone to avert a tragic fire incident at a community in Delta State, has pleaded with the government to replace his burnt vehicle. 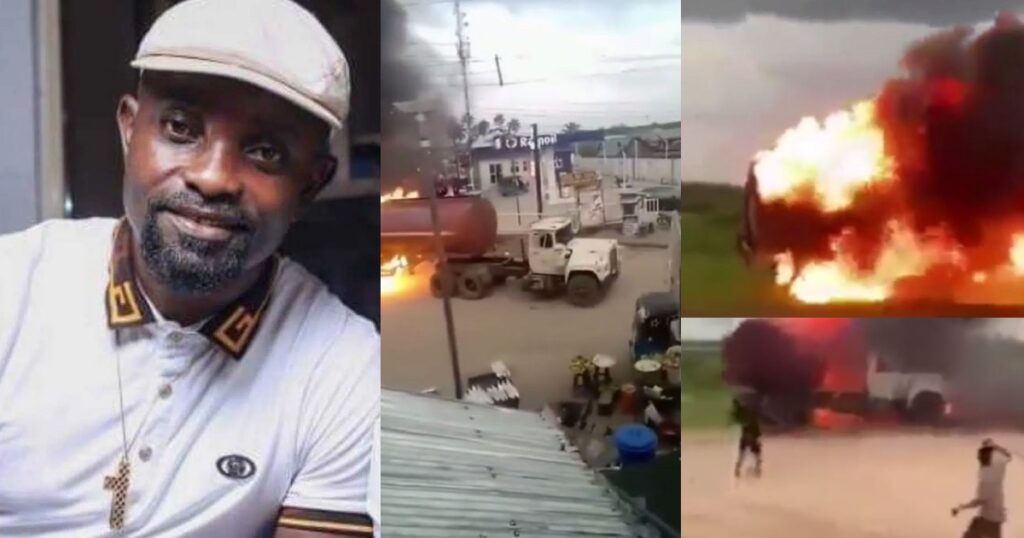 Otarigho had driven the burning truck for 25 minutes from a densely populated area to Agbarho River where the tanker was completely razed by the inferno.

Due to his bravery which saved lives and property in the community, the Senate had resolved to invite Otarigho to the Red Chamber for public commendation by the President of the Senate, Senator Ahmad  Lawan.

The Senate had also asked President Muhammadu Buhari to confer Otarigho with a “befitting national honour as he may deem fit for his extraordinary act of bravery, courage and skill that prevented the loss of human lives and property on a massive scale”.

Speaking in an interview with Punch, Otarigho said the thought of hundreds of lives and property engulfing in flames as a result of the tanker fire gave him the spunk to drive the truck to a location where there will be no disaster.

The 46-year-old who started the risky job of tanker driving about 12 years ago, said though he had received a commendation from the Delta state government, he would prefer to have his tanker replaced rather than get a national honour.

He said, “I have received calls from them (Delta state government) but I am not interested in any national honour of any sort right now.

“I know God has brought me to a good place where my story is now being told. All I want is a replacement for my burnt tanker so I can go back to my job.

“I have just been at home and truck driving was the only way I fed. It has not been easy for me since I lost my tanker.”

Asked if he would like to get a new job and abandon the dangerous business of tanker driving, he said, “of course, I will. It is a risky job”.

“Imagine if I had died that day, nothing would have been said of me. If the government has something better for me, I will do it without looking back. All I want is to be able to take care of myself and my family legitimately,” he said.

KanyiDaily had also reported how US Government honoured an 83-year-old Muslim cleric who saved the lives of 262 Christians during an attack in Plateau State.