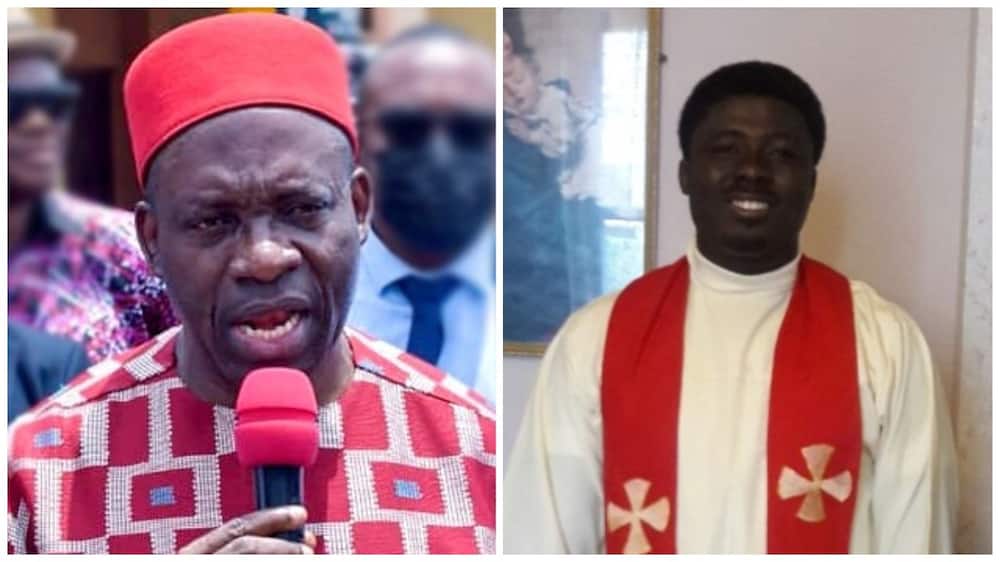 It was gathered that while addressing his congregation in a viral video, the cleric prophesied that Fulani herdsmen with tribal marks would invade Anambra Government House and that he saw the governor running out in pool of blood.

Ebube Muonso also complained about the refuse dumps in various parts of the state, saying that Anambra is turning into a ghetto and Soludo is not doing anything about it.

The cleric, who called on his congregation to pray for Soludo’s life, reminded the governor of his promise to make Anambra look like Dubai and America; stressing that he must not fail the people of the state.

Reacting in a statement on Tuesday, Soludo, who is a practicing Catholic said although the priest has the monopoly of power of the pulpit, such a monopoly demanded a responsibility on the part of the cleric to exercise caution and maturity in the use of such power.

He said, “Good evening father! I just called your two numbers after listening to your so called ‘prophetic’ outbursts— prophesying about ‘Fulani herdsmen’ with tribal marks invading government house Awka and having me running out in pool of blood as well as loudly complaining about the waste disposal. You called on me to pray as well as asked your congregation to pray for my life….

“As an orthodox Catholic, I was brought up not to join issues with any man of God. I have been in the public arena for two decades and I appreciate comments and criticisms from the citizens including the men of God.

“I welcome your comments, advice and even criticisms. Such help us to do better— as we are certainly not perfect! This would be the first time I am responding to any comments from a man of God. And I do so with utmost respect and good faith.

“Certainly as a priest, you have monopoly power of the pulpit but I also believe that such a monopoly demands a responsibility on your part to exercise caution and maturity in how you use such power.

“I am writing you, in the exercise of my duty (as a member of your Laity) to also advise you— but not publicly on the pulpit as you chose to do.

“On your prophecy, you are certainly entitled to claim that you “saw” anything, and to call for prayers. I need all the prayers in the world and I believe that thousands of people of goodwill are praying for us and for Anambra. I am convinced that the God I worship who has sent me on this mission will lead us to finish it to His glory!

“My life is in His hands and He already knows how many more days or years He has for me. No man has a say regarding His plan for my life. I don’t believe these political or phantom ‘prophecies’ designed to play to the gallery. That’s not my upbringing and faith as a Catholic.

“You have my contact and assuming that anything was ‘revealed’ to you as a threat to my life, do you really believe that the best way to communicate it is on your pulpit???

“By the way, God didn’t ‘reveal’ to you the attack by unknown gun men on me last year at a rally, killing three policemen; nor has He ‘revealed’ to you any of the dozens of the attacks on innocent people this year so that the people may take caution or pray?? Funny enough these ‘pulpit prophecies’ are always about high public officials.

“I have lived my life to this age without needing or relying on ‘prophecies’, and it is too late now to change. My prayer is simply: ‘Let your will be done’. So please, if you have further ‘revelations’ just pray about them or keep them to yourself— I don’t want to know because the God in heaven that I serve is totally in charge of my life!

“Your comments about waste in the streets are welcome and we are equally sad about it. That’s why since inauguration we have set out cleaning the streets and now putting in place (for the first time in the state) a medium term sustainable strategy.

“However we find your comments to be in bad faith because you failed to acknowledge that we met a far worse situation nor acknowledge the ongoing efforts— which many acknowledge. I personally flagged off the cleaning of Onitsha and Okpoko and photos of me on top of refuse dump that closed Ochanga and as high as the traffic light adorned the social media… Most places had not been cleaned in over 6 months before I assumed office.

“Of course with no equipment and strategy in place, we have adopted ’emergency response’ approach while working out details of a sustainable strategy… Surprisingly you didn’t complain on the pulpit then!

“Your comments on insecurity is fair but again failed to acknowledge the humongous efforts being made to confront the monster — which many Ndi Anambra do. No candidate could campaign freely in the entire south senatorial zone last year with the zone totally taken over by unknown gunmen. No one heard your voice. I was almost a victim. No one heard your voice. In my inaugural address I devoted paragraphs to address the issue. And Ndi Anambra from all over the world are calling in solidarity and offering support.

“I wish God will also ‘reveal’ to you the identity of the criminals so that we take them out. I know that you are a man of God and I deeply respect all of God’s anointed but making incendiary and wild claims about security under the cover of the pulpit should be moderated.

“Father I expect you to be part of the solution and not part of the problem. We admire you and the thousands of your followers deserve leadership and direction. Matters of security should not be part of the drama!

“We expect you to encourage your supporters to report criminals and to be part of the solution. Or, if you don’t know the full ramifications of the security challenge, to call or request to be briefed. The society and the Church are facing existential threats and this is not the time for theatrics with the matter of security.

“I have been in office for two months. Yes, two months father, and you expect Anambra to have been ‘Dubai-rized’ according to you. Doesn’t it sound funny? If I may ask, what was the motive of the entire drama?

“Let me assure you father that the God who sent me at this time knows why and He will perfect all things. We are determined and focused and despite the humongous challenges we met, Anambra will win! I have God’s promise on this.”

KanyiDaily recalls that Governor Charles Soludo recently imposed a curfew in Anambra in order to effectively tackle the issue of insecurity and senseless killings in the state. 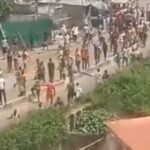