Gunmen have killed three persons and injured several others during an attack at two churches in the Kajuru Local Government Area of Kaduna State. 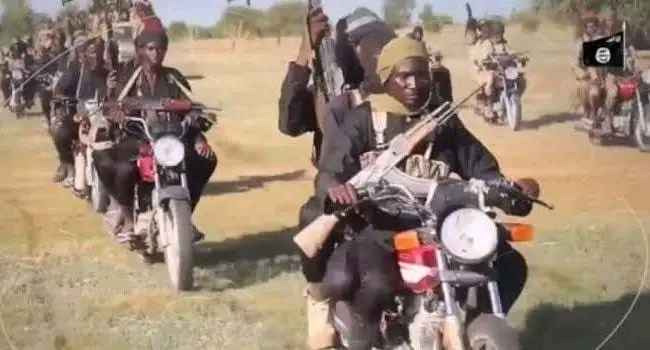 The statement reads, “On a sad note, security agencies have reported to the Kaduna State Government that bandits attacked worshippers and locals at Ungwan Fada, Ungwan Turawa and Ungwan Makama in Rubu general area of Kajuru local government area.

“According to the report, the bandits stormed the villages on motorcycles, beginning from Ungwan Fada, and moving into Ungwan Turawa, before Ungwan Makama and then Rubu.

READ:  Husband Calls Wife On Phone To Listen As He Slaughters All Their Four Sons Like Sheep, Just To Upset Her

“Three locals have been confirmed killed in the attacks. They are identified as follows: Peter Madaki (ward head of Ungwan Fada), Elisha Ezekiel (resident of Ungwan Fada), Ali Zamani (youth leader of Rubu).

“Two persons were left injured in the attacks: one Aniro Mai, and a yet-unidentified woman. An unspecified number of locals were also kidnapped, according to the received reports.

“The bandits looted shops and carted away some valuables from the villages.

“Receiving the report, the Acting Governor Dr Hadiza Sabuwa Balarabe, expressed deep sadness, and condemned the attack in the strongest terms. She sent her sincere condolences to the families of the deceased victims, as she prayed for the repose of their souls.

“The Acting Governor also commiserated with the attacked churches, and prayed for the speedy recovery of the injured.”

Aruwan added that security agents are currently patrolling the area, while investigation into the incident is ongoing.

When contacted, Mohammed Jalige, spokesman of the Kaduna police command, also confirmed the incident, saying the attack happened while worshippers were in church.