Senator representing Bauchi North District, Adamu Muhammad Bulkachuwa has stated that former president, Goodluck Jonathan should feel insulted over rumours of being linked to the All Progressive Congress. 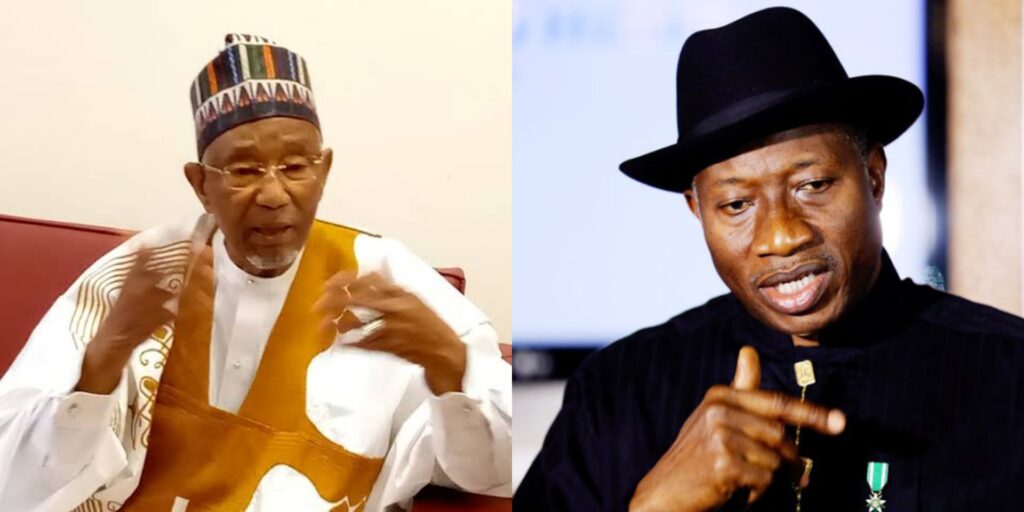 This is coming after a Fulani group purchased the N100M presidential form for Goodluck Jonathan under the APC.

Reports of the former president joining the party at his hometown, Otuoke, Bayelsa State also made rounds.

In the light of this, Bulkachuwa in an interview with Arise TV said rumour of Goodluck Jonathan contesting the election under the All Progressives Congress is the “most bizarre thing he has heard”.

He wondered how possible it will be for Jonathan to abandon a party that groomed him “from the chairman of a local government to deputy governor, governor, vice president, and to the position of the president”.

To him, these reports are quite baseless.

“I have to laugh because anybody that has been spreading this wild rumour about Goodluck Jonathan contesting the election under APC, I think this is the most bizarre thing I have ever heard. And if I were his relative or if I were him (Goodluck Jonathan), I would feel insulted.

“How could I have served as president under a party that groomed me from the chairman of a local government to deputy governor, governor, vice president, and to the position of the president, then abandon that party for the sake of what?

“What has he forgotten in the Villa that he wants to go back and take? I would feel insulted about all that rumour. In any case, I am very happy that this thing has turned out to be absolutely baseless. So, we should put it aside and make it a non-issue.”

Meanwhile, Goodluck Jonathan’s name was missing from the list of Presidential hopefuls expected to be screened by the APC Presidential Screening Committee in view of the June 6 presidential primaries.