The Minister of State for Labour and Employment, Festus Keyamo (SAN) says the former Governor of Borno State, Kashim Shettima, is perfect as running mate to the presidential candidate of the All Progressives Congress (APC), Bola Tinubu. 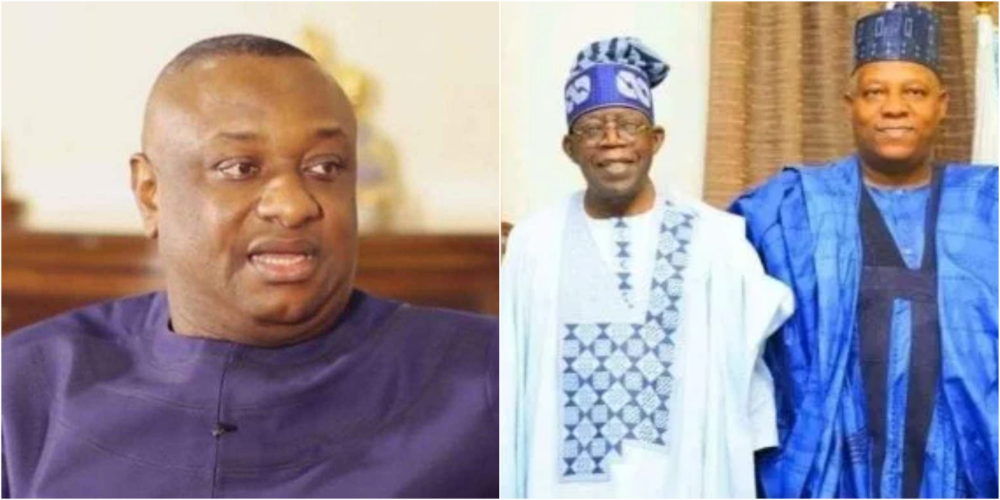 KanyiDaily recalls that Tinubu had announced Shettima as his running mate, saying the former Borno governor was selected because he is “competent, capable, reliable and able to be picked as a running mate”.

Reacting in a post on his Twitter page, Keyamo also described Shettima as a “suave gentleman & politician” who is “intellectually fertile, economically sound, [and] intergenerationally mobile”.

The minister added that the former governor is the perfect choice as vice president because he is “fiercely loyal” and “phenomenally complimentary” to Tinubu.

READ:  Buhari’s Children Have Right To Use Presidential Jet For Personal Engagement — Presidency 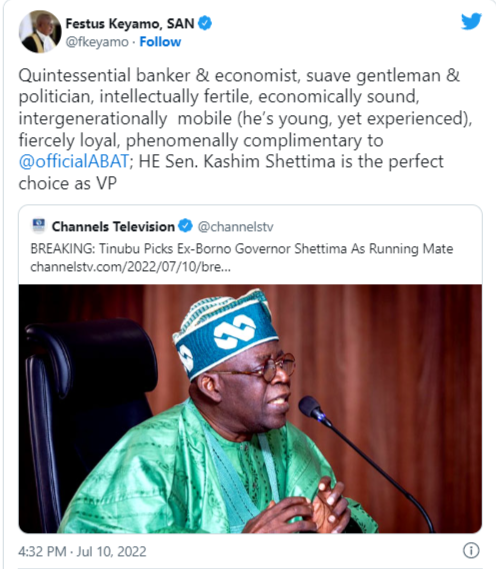 Before he was selected, Kashim Shettima had called on the APC to give its presidential ticket to Bola Tinubu, stressing that it would be “catastrophic” for the ruling party if it fields another aspirant. 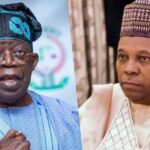 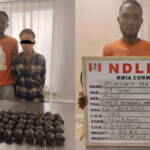