Reno Omokri, a former aide to President Goodluck Jonathan, claims that the presidential candidate of the All Progressives Congress (APC), Bola Tinubu, is a known drug baron. 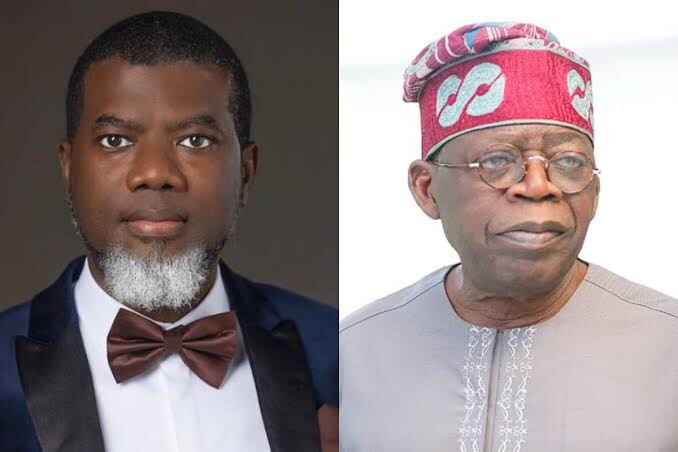 In a post shared on Facebook page, the presidential aide said he has court documents to prove that Tinubu was involved in a heroin drug cartel in the US and forfeited millions in drug funds to US authorities.

Omokri further challenged the former Lagos State governor to sue him if the facts are inaccurate, saying Tinubu is unfit to occupy the office of Nigeria’s president.

He wrote: “The bigger issue with Tinubu is not his certificates, or lack of them. It is the fact that he is a KNOWN DRUG LORD who was involved in a heroin drug cartel in the US, and forfeited millions in drug funds to US authorities. As any lawyer will tell you, a forfeiture is an admission of guilt!

“We have the court documents. We have the names of those involved and their past and current addresses. I again challenge Bola Tinubu to sue me if these facts are not accurate. He is not a fit and proper person to occupy the office of the President of Nigeria.”

KanyiDaily recalls that Nigerian Investigative journalist, David Hundeyin had also revealed that Bola Tinubu has links with criminal organizations, street gangs, drug cartels, and mafia all around the world.

NLC, TUC Declare Support For Peter Obi As He Promise To Move Nigeria To Productive Country

2023: We’re Ready To Kneel And Beg Nyesom Wike Not To Dump Our Party – PDP