Nollywood actress, Eve Esin has responded to an allegation that she had a sexual relationship with Austin Faani, the estranged husband of her colleague, Chacha Eke. 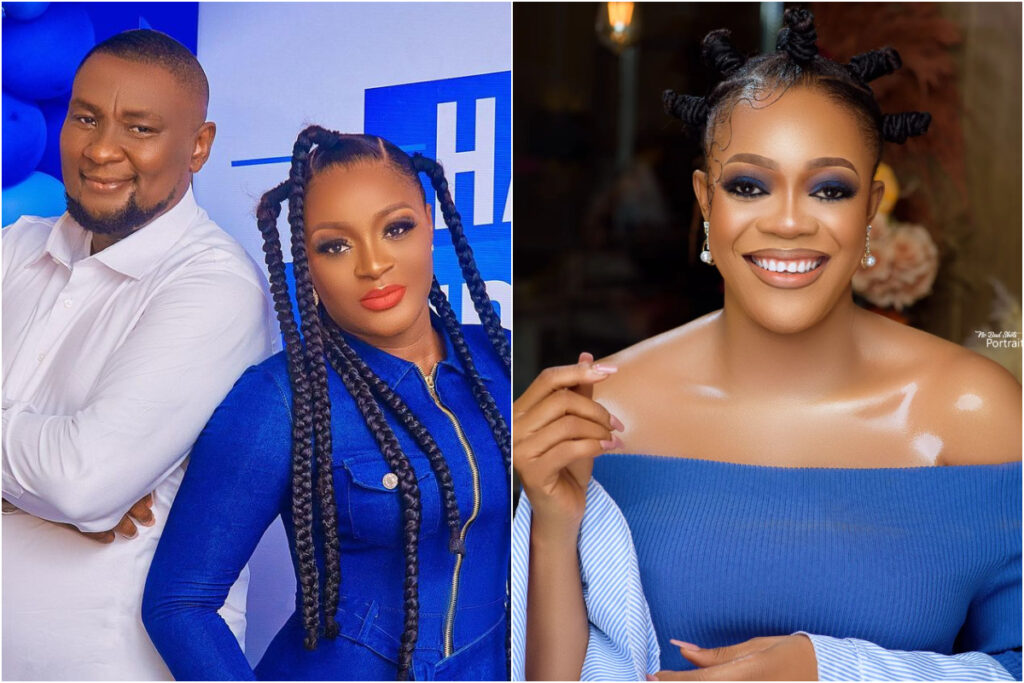 KanyiDaily recalls that Chacha Eke had recently announced that she’s quitting her marriage with Faani because she doesn’t want to “die” or go inexplicably “missing” while living in her paradise.

Chacha, who also advised couples to exit abusive relationships alive or risk losing their lives, apologized for “living a lie these past years” while confirming speculations that there has been trouble in her marriage.

A few weeks after the announcement, popular Instagram blogger, Gistlovers, alleged that Eve Esin was previously in a relationship with Austin Faani before Chacha snatched him from her.

The blogger narrated how Austin, who it alleged was gay, dumped Esin and married Chacha who wanted to rise to the top and revenge the ill-treatment she received from Esin. 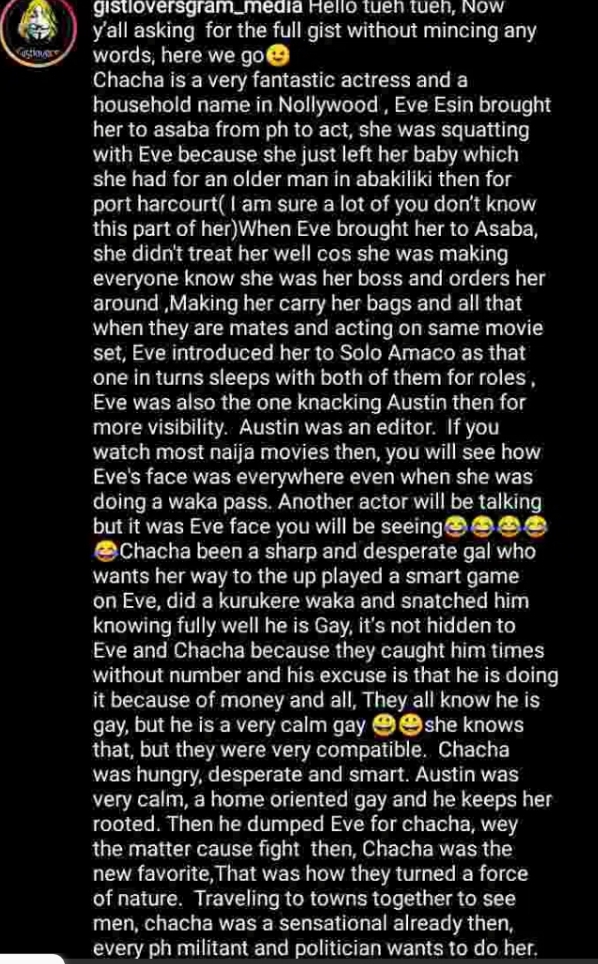 READ:  Toke Makinwa Slams Bovi Over “Unfunny Joke” He Made About Her Butt At His Show

Reacting in a now-deleted post shared on her Instagram page, Esin set the record straight that she never had any carnal knowledge of Austin and she didn’t brought Chacha into Nollywood.

She wrote; “FOR THE RECORDS:

1. I HAVE NEVER HAD ANY CARNAL KNOWLEDGE OF AUSTIN FAANI. CHA AND FAANI ARE MY FRIENDS.

2. I NEVER BROUGHT CHA TO NOLLYWOOD, WE MET ON SET AND BECAME FRIENDS.

3. CHA NEVER LIVED WITH ME IN PHC. A FRIEND VISITS A FRIEND. HOW DID FRIENDSHIP TRANSLATE TO BEING A BOSS?”

The Actress urged the public to let Chacha and Austin heal, pleading that people should leave her out of stories that don’t concern her as she can’t be involved in what she knows nothing about. 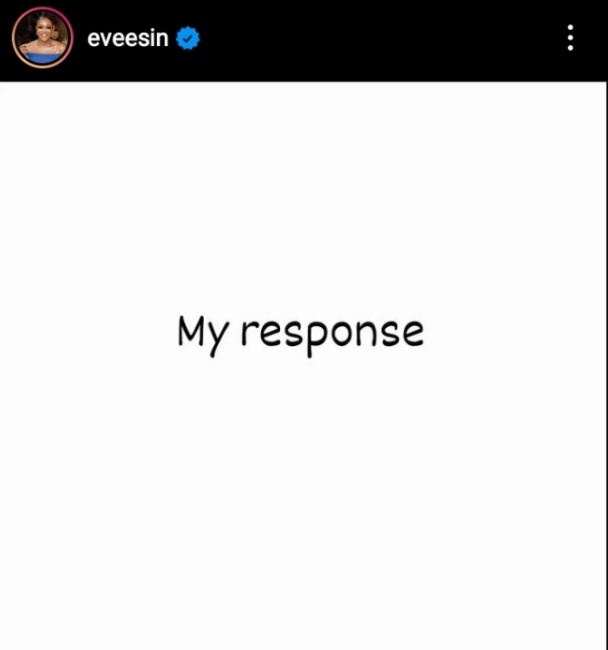 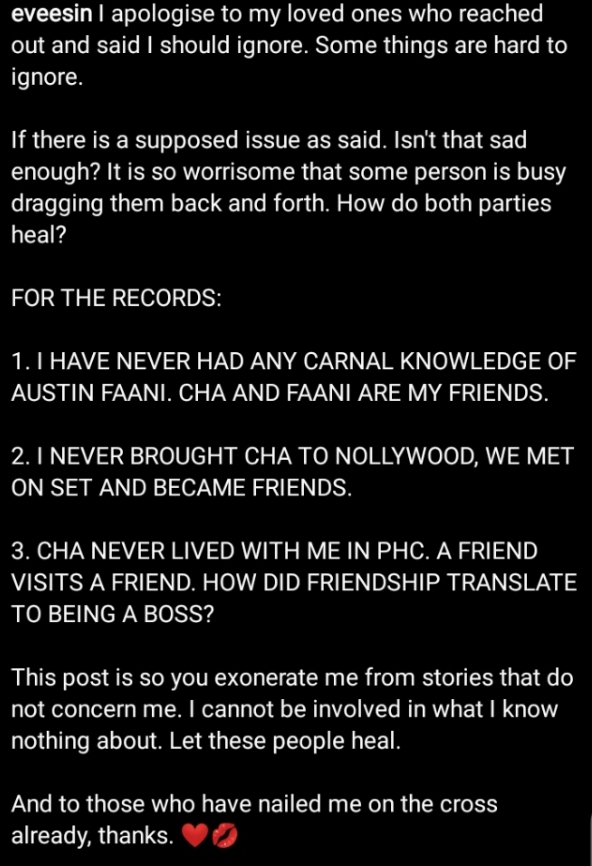 KanyiDaily recalls that Austin Faani had dismissed domestic violence claims against him by Chacha Eke, claiming he has never raised his hand on any woman before.

READ:  "I Will Be Jailed For Murder The Day Any Man Touches Me" – BBNaija Star, Maria Chike