Gunmen suspected to be terrorists have attacked the Kuje correctional facility in Abuja, Federal Capital Territory. 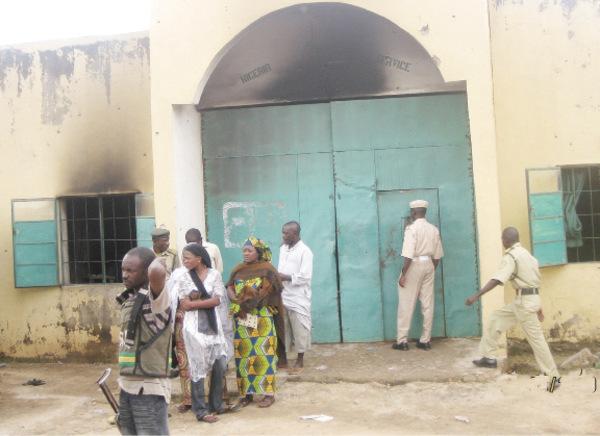 It was gathered that repeated sounds of gunshots were heard in the area on Tuesday night, causing fears among residents that the correctional center is under attack by armed men.

The Kuje prison came under attack at about 10:20 pm when what was suspected to be a high calibre bomb went off followed by two more explosions and the ensuing sporadic gunfire that sent residents scampering for safety.

According to Punch, an Abuja resident, Joshua Friday, said that the shootings had been ongoing for the last 20 minutes around the area the prison is located.

He said, “Currently in Kuje and the shooting has been going on for almost 20 minutes now.

“I can’t tell you what is happening whether it is a robbery or not but we have been hearing that gunshots repeatedly around the area the prison is located. We are all scared as I speak to you. ”

Efforts to get the police spokesperson in the FCT, Josephine Adeh, proved abortive as calls to her line were not answered. She has also not responded to messages sent to her.

This came at the same time when gunmen suspected to be bandits attacked the convoy of President Muhammadu Buhari in Katsina State, wounding two officials.

READ:  "Daddy Usually Show Me 'Blue Film' Before Having Sεx With Me Countless Times" - 13-Year-Old Girl