Bandits have killed an unspecific number of soldiers during an attack at a military checkpoint around Zuma Rock, the border between Abuja and Niger State.

It was gathered that the attack happened on Thursday night when the bandits arrived at Zuma Rock on the axis of Madalla and Suleija along the Abuja-Kaduna highway.

Sources said the terrorist took the soldiers by surprise, opening fire from different angles and taking control of the area for about 30 minutes before heading towards the Kaduna axis of the expressway.

“They took control of the area for about 30 minutes and kept on shooting before heading towards Kaduna axis of the expressway,” a source said.

While retreating, the bandits who were said to be in several motorbikes, reportedly attacked some villages and shops in Madalla and carried foodstuff on their motorbikes before bolting.

Following the retreat of the terrorists, more troops and equipment from the Army base in Zuma Barracks were deployed for reinforcement to the scene.

Another source said a joint security operatives team were going on patrol around the axis when sounds of gunshot erupted and they moved towards the scene only to discover that it was an ongoing battle between soldiers and bandits.

The source said the security operatives immediately radioed the Army Barracks at Zuma Rock, resulting in the deployment of reinforcement to the scene.

The fighting reportedly caused a severe traffic jam, as motorists remained trapped while passengers tremble in fear at the Abuja-Kaduna Highway.

The attack comes barely six days after terrorists ambushed the presidential guard troops along the Bwari-Kubwa Road resulting in the death of six soldiers and officers following intelligence report that they were planning to attack the Nigerian Law School in Bwari. 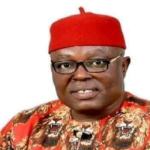 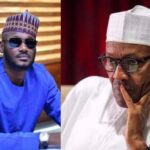