Chief Judge of Akwa Ibom State, Justice Ekaette Obot has jailed a Human rights lawyer, Inibehe Effiong for one month over a plea for safety during court proceedings. 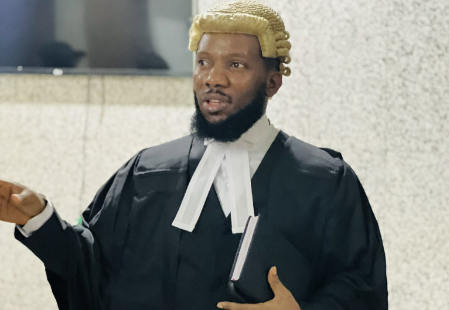 In a Twitter thread on Wednesday, July 27, Effiong said that the judge sent him to prison when he came to court to defend his fellow lawyer, Leo Ekpenyong, in a libel suit filed by Governor Udom Emmanuel of Akwa Ibom.

“I have just been sent to Uyo prison by the Chief Judge of Akwa Ibom State, Justice Ekaette Obot, for one month for defending Leo Ekpenyong in the libel suit filed by Governor Udom Emmanuel,” he wrote.

I have just been sent to Uyo prison by the Chief Judge of Akwa Ibom State, Justice Ekaette Obot, for one month for defending Leo Ekpenyong in the libel suit filed by Governor Udom Emmanuel.

Narrating the incident, Effiong wrote: “The Chief Judge of Akwa Akwa Ibom ordered a Premium Times reporter to leave the court. I said my lord, we were thinking that since the proceeding is public, that members of the public should be allowed to observe the proceeding. My Lord asked me to proceed with cross examination.

“I obeyed. I informed the court that I was not feeling comfortable and safe having two armed mobile policemen seated inside the courtroom, that it was strange and that I felt unsafe. I applied for the judge to excuse the armed policemen from the courtroom.

“The Hon. Chief Judge then ordered me to step out of the Bar, that she was sending me to prison. She then ordered the policemen to take me to Uyo prison. And that I should be in jail for one month. I am waiting inside the courtroom for them to bring the conviction warrant.

READ:  Man Narrates How He Lured 10-Year-Old Girl With N30 To Defile Her In Borno

“I will be going to the Uyo Correctional Centre now. I have not done anything. I wasn’t even opportunity to say anything before the “conviction”. Two lawyers in court appealed to the Hon. Chief Judge but my Lord insisted that I must be jailed.

“This is in the suit filed by Governor Udom Emmanuel against a lawyer, Leo Ekpenyong, for alleged defamation.”

“Meanwhile, there is already a pending application for recusal asking the Hon. Chief Judge, Justice Ekaette Obot, to recuse Himself. We filed it since 23rd June, 2022. The motion is still pending.”

Inside van at Uyo prison waiting for the issue of custody to be determined, between Uyo or Ikot Ekpene prison. History will vindicate the just. pic.twitter.com/nidjLVk9XV

KanyiDaily had also reported how a judge refused to hear the cases filed by a human rights lawyer, Malcolm Omirhobo, for attending the proceeding dressed as a ”juju priest”. 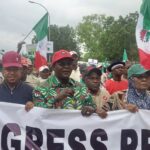