The presidential candidate of the Labour Party (LP), Peter Obi has responded to a comment made by his counterpart in the ruling the All Progressives Congress (APC), Bola Tinubu. 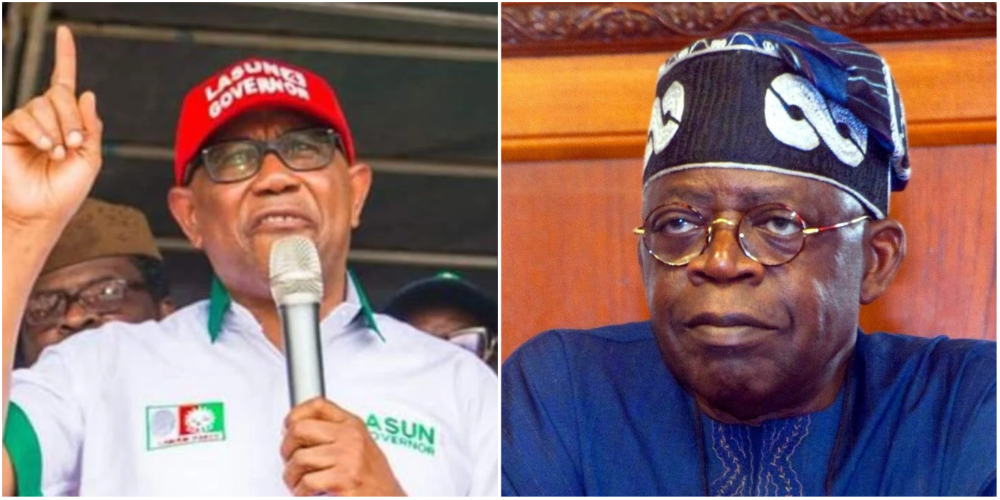 KanyiDaily recalls that during Osun APC mega rally on Tuesday, Tinubu described LP as a “mushroom party”, pledging to ensure that members of the party will “labour till death”.

Reacting to the comment on Wednesday at a rally organized by the LP in Osun, Obi said Tinubu’s comment comes from a place of hatred, but the LP will respond with love because there is dignity in labour.

He said, “I listened to our national chairman when he said that somebody said that they can labour till death. When they they talk like that, when they show you hatred, Labour Party will show them love. There is dignity in labour.”

Obi, who urged the residents of Osun to vote for Yusuf Lasun, the LP’s governorship candidate, said the party’s focus is on ensuring a better welfare for citizens.

“Vote for Labour Party so that your children can have jobs. Vote for people that will work for you,” he said.

“We want to change Nigeria and the only way we can change Nigeria is to remove all these people who have put Nigeria where it is for the past 23 years. This is time for them to go.

“They are owing salaries, pensions; and those that are working hard are not been paid. But this will stop once you vote Labour Party on Saturday.

“Vote for Labour Party; vote for the future of your children. Vote for the candidate that will be committed to better Osun state.

“We are going to introduce you to a governor who will be committed to better Osun state, and that is what we want.”

READ:  2023: "You Will Only Become President After Me" - Bola Tinubu Tells Nigerian Youths

Also speaking, the national chairman of the party, Julius Abure, said the people should not sell their votes.

“I want to beg you, no matter the temptation of the money they might want to give you, do not sell your future,” he said.

“The reason we had been in trouble over the years is because when they give us part of the money they stole from us, we will still vote for them.

KanyiDaily recalls that the Osun governorship candidate of the Labour Party (LP), Lasun Yusuf had recently raised alarm over the invasion of his home by gunmen.

READ:  "Nobody Can Remove Me As PDP Chairman Only God" - Iyorchia Ayu Declares