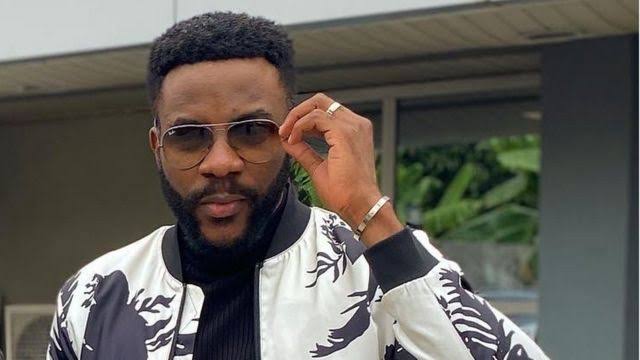 The TV host on his official twitter handle on Friday afternoon, said pregnancy and childbirth are the biggest miracles.

“Pregnancy and childbirth are the biggest miracles. Too underrated,” he tweeted.

Pregnancy and childbirth are the biggest miracles. Too underrated

Pregnancy takes place when a man and a woman have unprotected sexual intercourse and sperm is released. A pregnancy starts with fertilization, when a woman’s egg joins with a man’s sperm.

Childbirth on the other hand, is the process of giving birth to a child. It usually occurs in nine months of pregnancy. There are two common methods for childbirth. A child can be delivered through vaginal delivery or via cesarean section (CS).

It is not clear what inspired or informed Ebuka’s tweet, but it appears it may just have been a random thought.

Taking to the comment section, some netizens agreed and supported his claim, while others countered it.

Below are the few reactions from the netizens.

The creation of life is a miracle but it's not the biggest, as a christian I believe that the greatest miracle ever is the death & resurrection of our creator Jesus; His sacrifice inspired & saved mankind. "Pregnancy and childbirth" comes next, it's the second biggest miracle.

Fact my Wife just went through the ' Scissors ✂️' today thank God mother and Son are alive and okay. A very big Miracle.

I still believe the ability to call/text someone thousands of kilometers away is the biggest miracle. Na still jazz for my eyes cus even as an engineering student I’m not satisfied with the answers physics is giving me😒😒😒😒

Reason why women should be more appreciated by men

It shows the RAW and undiluted power of God

Also finding out your sperm is fertile is also one among the biggest miracles…..Too underrated

In other news, Kanyi Daily had reported that Nigerian music star, Davido paid glowing tribute to the mother of his colleague, Ayo Balogun, better known as Wizkid.

On Friday, Davido shared a tweet by a user, who posted a rare picture of the “FEM” crooner with Wizkid’s mother,

“Davido and Wizkid’s mum? This is so beautiful to see mahn,” the user wrote.

Replying to the tweet, Davido said he met her “at the airport today”.