Nigerian singer, Paul Okoye, popularly known as Rudeboy has reacted to the reported credited to the Ministry of Agriculture that the sum of 18 billion naira was used to clear grass.

The House of Representatives had on Wednesday disclosed that the ministry of agriculture under the leadership of Sabo Nanono that it spent the sum of 18.9 billion on clearing of grass.

Chairman of the house committee on public accounts, Wole Oke stated that the ministry disclosed this while responding to a probe on how it spent N18.9 billion.

According to Oke, the ministry said it spent the money during the COVID-19 lockdown.

The agric ministry is the subject of an investigation by the House committee into a N18.9 billion contract for bush clearing, preparing the ground, and restoring soil plant laboratories during the 2020 COVID-19 lockdown.

“During the lockdown of the country as a result of COVID-19, some companies took contracts worth about N18 billion for bush clearing from the federal ministry of agriculture for land preparation, rehabilitation of soil plant lab and others. We cannot shave their heads in their absence,” Oke said briefly.

He disclosed that the committee invited the companies that implemented the project to appear before the committee.

Reacting to the news, Rudeboy, who is also the second half of the music group, P-Square took to his official twitter handle on Thursday, decried the level of deciet by the Nigerian government.

While citing examples of government corruption using animals as cover-up, the “Reason with Me” crooner said animals are now ready to protest the lies against them to perpetuate evil.

“Even animals are ready to protest on how this governments are using them as back up lies 🚶🏿‍♂️🚶🏿‍♂️ from snake swallowing billions, to monkey stealing billions of money even termites are included in the dealings now the are using 18 billion naira to clear grass na waooh,” he tweeted.

Even animals are ready to protest on how this governments are using them as back up lies 🚶🏿‍♂️🚶🏿‍♂️ from snake swallowing billions, to monkey stealing billions of money 🚶🏿‍♂️🤷🏾‍♂️ even termites are included in the dealings 🤮🤮 now the are using 18 billion naira to clear grass 🤷🏾‍♂️🤷🏾‍♂️ na waooh.

Kanyi Daily recalls that only few days ago,  news of termites been held responsible for the missing N17.158 billion in 2013 made headlines

The Senate Public Accounts Committee (SPAC) had put the current and past management of the Nigeria Social Insurance Trust Fund (NSITF) under scrutiny.

The committee said it discovered that the fund’s management failed to produce relevant documents to justify alleged spending of N17.158 billion in 2013.

Some of the documents to back the expenses were said to have been eaten up by termites.

This site recalls that in February 2018, snakes were said to have swallowed the sum of 36 million naira from the Joint Admissions and Matriculations Board (JAMB).

Similarly, still in 2018, monkeys were said to have carted away the sum of 70 million naira from Senator Abdullahi Adamu’s farm house.

President Muhammadu Buhari won the 2015 presidential election mainly due to his anti-corruption campaign, but it now appears the administration has been enmeshed in monumental malfeasance. 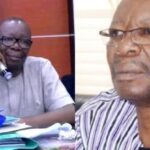 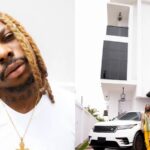