Nigerian singer, Kizz Daniel has revealed why he was arrested by the police in Tanzania after he failed to show up for a paid concert in the country. 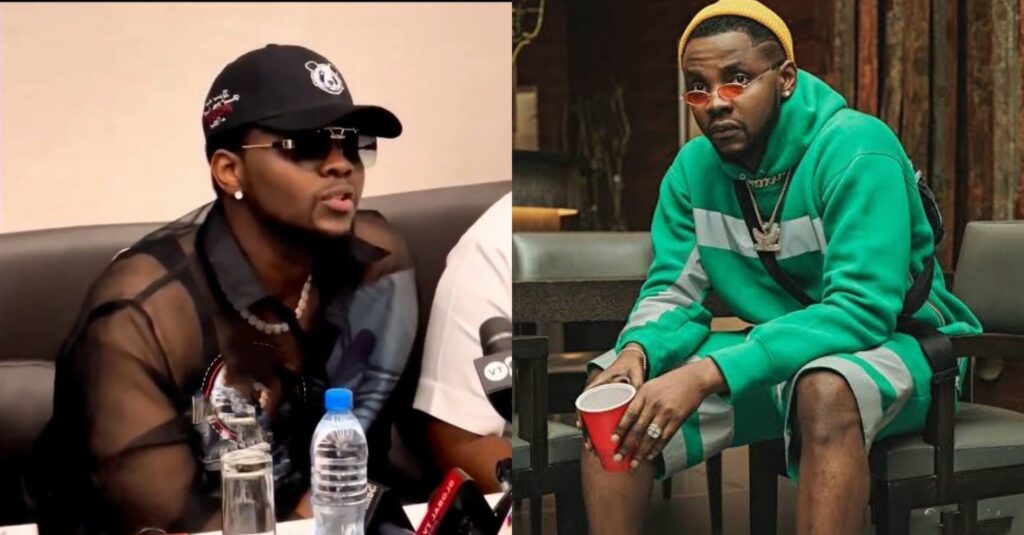 KanyiDaily reported how the singer was arrested on Monday after he collected $60,000 and failed to show up on Sunday night at the Summer Amplified concert in Dar es Salaam

The show promoter, Stephen Uwa said he paid $60,000 to Daniel and pleaded with him for over five hours to no avail. Fans later trashed the venue in anger at the non-appearance of the singer.

The show promoter explained that a day before the event, “Daniel said he would not be performing because the airline did not bring his bag containing his gold chain.”

But while addressing a press conference on the issues surrounding his absence from the event, Daniel apologized over the controversial incident and shared his side of the story.

He explained that he intended to perform later on the show but his management team advised him not to perform after disgruntled fans trashed the venue in anger over his non-appearance.

The Nigerian singer, who stated that his absence “was not intentional”, said he and the organizers had decided to make it up to the Tanzanian fans who had shown him so much love.

“The people were already going wild; the fans were going wild, which I know was out of love. So no disrespect to the fans… I was asked to stay back. ‘You can’t go’, ‘It’s not safe’. So I said ok.

“I sat down with the team, the organisers, the promoters; let’s come up with a way to make it up to the Tanzanian fans and we decided to do a makeup show for free. I even agreed to partner with them this time around.

“This Friday, a free show; I will be partnering with Straight Up Vibes to make that happen. I must apologize to the fans. None of this was intentional,” he said.

READ:  Girl who was branded QUEEN of the MARINE KINGDOM in school shares her story - ''I do not believe in God or Devil''

🙏🏿 Kizz Daniel apologizes to Tanzanians, and explains what transpired (2) pic.twitter.com/MpXrLz2I9A

🙏🏿 Kizz Daniel apologizes to Tanzanians, and explains what transpired (4) pic.twitter.com/6brT4vT16F

🙏🏿 Kizz Daniel apologizes to Tanzanians, and explains what transpired (6) pic.twitter.com/5cSNnvBoL1

🙏🏿 Kizz Daniel apologizes to Tanzanians and explains what transpired (7) pic.twitter.com/EO6y0EvHyD

READ:  Woman Believed To Be The Oldest And 'Most Miserable’ Human In The World Cursed Allah For Giving Her Long Life