Former Senator representing Kaduna Central in the senate, Shehu Sani has reacted to the the announcement made by Emirates Airlines  that it is suspending all flights to Nigeria beginning from September 1.

Earlier on Thursday, the airline had announced that it would suspend flights operations in Nigeria starting from September 1, 2022.

It said the reason for the suspension of flights  followed its inability to repatriate its funds from Nigeria.

Reports say international airlines operating in Nigeria have on several occasions, complained about their inability to repatriate funds to their respective countries.

These international carriers have tabled their concern with officials of the Federal Ministry of Aviation, as well as those at the finance ministry.

Blocked funds belonging to these airlines have risen to about $600m, as this is due to the inability of the Central Bank of Nigeria to make the United States dollar available for the carriers to repatriate.

According to part of a statement by Emirates on Thursday, it “has tried every avenue to address our ongoing challenges in repatriating funds from Nigeria, and we have made considerable efforts to initiate dialogue with the relevant authorities for their urgent intervention to help find a viable solution.”

It added, “Regrettably there has been no progress. Therefore, Emirates has taken the difficult decision to suspend all flights to and from Nigeria, effective September 1, 2022, to limit further losses and impact on our operational costs that continue to accumulate in the market.”

Kanyi Daily recalls that Emirates Airlines had last month, July said it would reduce its number of flights to Nigeria as from August due to failure to repatriate its revenue from the country.

Reacting to the decision by Emirates, Sani took to his official twitter handle to hit at the airline.

He said if the airline likes, it can leave the country, claiming that their fare is even on the high side.

He thereafter called on Nigerians to instead patronise Air Peace, owned by Allen Onyema and other local airlines operating international flights.

“Emirates can go if they want to,their fare is too expensive:patronise our Onyema’s Air peace or any local Airline operating international flights,” his tweet reads.

Emirates can go if they want to,their fare is too expensive:patronise our Onyema’s Air peace or any local Airline operating international flights.

In other news, Kanyi Daily had reported how a Nigerian man, Sadiq Yakasai had won his case against Egypt Air. 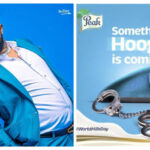 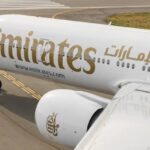