The senator representing Kogi west, Smart Adeyemi has proposed a bill to prohibit the nomination of presidential candidates of the same religion on a joint ticket. 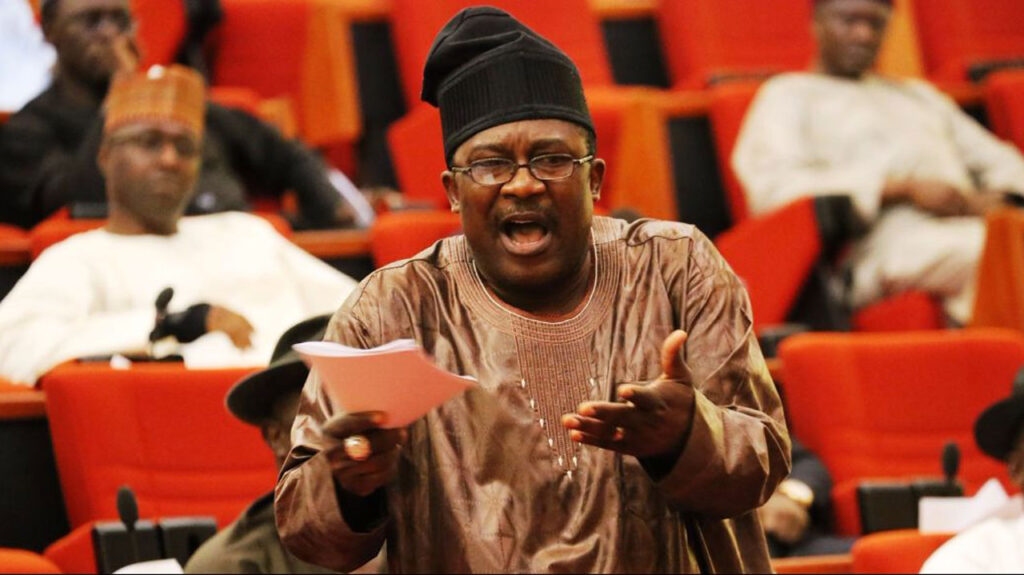 KanyiDaily recalls that the presidential candidate of the ruling All Progressives Congress (APC), Bola Tinubu had picked his fellow Muslim, Kashim Shettima, a former Borno State Governor, as his running mate for the 2023 general election.

Speaking on Sunday at a media briefing in Abuja, Adeyemi who is an APC Senator, said there was need to forestall the contentious issues on the nomination of candidates of same religion by political parties after the 2023 presidential election.

The lawmaker said he proposed legislation titled “A Bill for an act to amend the Electoral Act 2022 and for other related matters connected 2022” which was seeking to amend section 84 of the Act by inserting a new subsection (3).

If passed into law, a presidential candidate would not be able to choose a running mate who shares the same religious affiliation.

“I hereby propose an amendment of section 84 of the Electoral Act 2022 by inserting a new sub-section 3,” the News Agency of Nigeria (NAN) quoted him as saying.

“When this is accommodated, it will serve as a guide against any oversight such as this in the future, as further occurrences will be deemed as silent policies which will be capable of bringing down the fabrics of the nation.

“For me, as a statesman, I owe myself the responsibility to speak the truth at all times, irrespective of mischievous misinterpretations.”

READ:  Pretty Woman Publicly Disgraced for Stealing Money From A Woman At The Bank (Photo)

According to him, the proposed sub-section 3 entailed that: “No political party shall nominate candidates of the same religion as Presidential and Vice Presidential candidates after this dispensation. This bill may be cited as Electoral Act 2022 (Amendment) Bill, 2022.”

Senator Adeyemi said he supported the positions of Christian Association of Nigeria (CAN) on the contentious issue of Muslim–Muslim ticket.

He, however, said he was fully in support of Tinubu and Shettima as APC candidates for the 2023 election, given their individual steering performances and pedigrees in governance.

”Let me say very clearly that I am in total support of the issues and concerns raised by the Christian Association of Nigeria (CAN). I am a practising Christian.

”But we must not confront these issues in such a manner that will obstruct the fabric of our national unity, peace and stability which we have all fought very hard to keep.

“Yes, there have been oversights in key appoints in the past, which tends to keep the Christians at a disadvantage and this has caused apprehension amongst us.”

“It must not be seen that there are no Christians who are eminently qualified to occupy any of these positions,” Adeyemi said.

Adeyemi called on all Nigerians, irrespective of religion, to see the emergence of Messrs Tinubu and Shettima as the will of the almighty who governs the universe.

”However, let us, in unity of faith in our nation and above all, in the almighty God give our support to the APC Presidential and Vice presidential candidates to pilot the affairs of our nation within the stipulated time.”

KanyiDaily recalls that Bishop Matthew Kukah had condemned the Muslim-Muslim presidential ticket and faulted the APC for creating an artificial divide between Christians and Muslims and mismanaging the country’s identities.