This was contained in the final list of candidates for national elections, namely presidential, senatorial and federal constituencies (NASS) released by INEC on Tuesday, September 20 in line with the 2023 elections timetable earlier released in the year.

The electoral umpire confirmed this in a statement by the National Commissioner in Charge of Voters’ Education, Festus Okoye.

Contained in the list is 36 presidential candidates and the running mates of 18 political parties. Also, a total of 4,223 candidates will battle for 469 legislative positions (senatorial and federal constituencies) at the federal level.

The commissioner, however, said the final list of candidates for state elections (governorship and state constituencies) would be published on October 4, 2022, as indicated in the timetable and schedule of activities for the 2023 general elections.

He also noted that the commission also received litigation during the period of compiling the final list.

Okoye’s statement reads briefly, “At its regular weekly meeting held today, Tuesday, September 20, 2022, the commission approved the final list of candidates for national elections (presidential, senatorial, and federal constituencies) pursuant to Section 32(1) of the Electoral Act 2022 and Item 8 of the Timetable and Schedule of Activities for the 2023 General Election.’’

Furthermore, Okoye noted in the statement that the list that was published by the commission contained the names of individuals who were validly nominated by their parties.

He said, “The list published today contains the names of candidates validly nominated for national elections at the close of party primaries and the period earmarked for withdrawal and substitution of candidates. The final list of candidates for state elections (governorship and state constituencies) will be published on October 4, 2022, as already indicated on the timetable and schedule of activities for the 2023 general election.

Okoye further noted, “The list for specific constituencies is published in each state where they are located while the comprehensive nationwide list has been uploaded to the commission’s website.

“We appeal to all political parties to channel any observations on the list of candidates to the commission, and such must be signed by the National Chairman and Secretary of the political party and supported with an affidavit as provided in Section 32(2) of the Electoral Act.”

Meanwhile, Kanyi Daily had reported that INEC rrevealed that its result portal ccame under attack from Asia during the Ekiti aand Osun State Governorship elections. 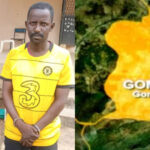 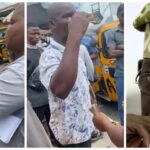