A Nigerian man has been caught on camera confronting some officials of the Lagos State Traffic Management Authority (LASTMA) who were driving against traffic rules along the Third Mainland Bridge area of the state. 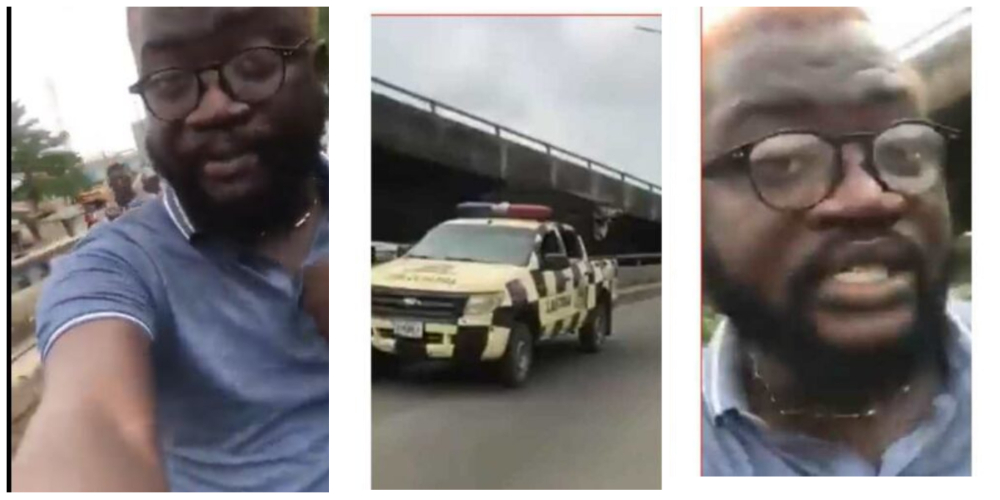 In a video shared on social media, the man identified as @Dagbofather on Twitter, said he was climbing a bridge to link to the Third Mainland Bridge when he came across the LASTMA vehicle driving against the traffic.

The man blocked the LASTMA vehicle and told them to turn back but the officials refused and he parked his car infront of them causing a blockade.

In the video, he said: “Them dey follow one-way dey come, see my car, see where we dey come from, third mainland, no man’s road, I stop them, them dey tell me say make I pass here, look at them, look at their faces, I am not leaving this place for them, look at me. I am not leaving this place for these fuckers today, bastard, oga reverse this car, na God go punish you today, you are an idiot…”

This comes a few days after Lagos Government auctioned some vehicles abandoned and seized in the process of enforcing the traffic laws in the state.

READ:  Three Boys Slaughter Their Friends's Girlfriend, Cutt Off Her Head For Money Ritual In Ogun

Bro find this una motor go! E dey una office. E dey follow one way enter 3MB. Na me record am. I stopped them and made them reverse. Small fairness no bad. Auction this one too, I get who go buy am. https://t.co/tVRR280Ex9 pic.twitter.com/vAtHj8UNom

Reacting to the viral video on Twitter, the spokesperson of the Lagos State Police Command, Benjamin Hundeyin, promised that an internal investigation has begun on the matter.

“I have contacted LASTMA authorities and the head of the police unit with LASTMA. I can confirm that an internal investigation has begun. This will not be swept under the carpet. We appreciate citizen reportage.

“I just got confirmation that the entire team has been identified and summoned to @followlastma headquarters,” Hundeyin added.

I just got confirmation that the entire team has been identified and summoned to @followlastma headquarters. Updates will follow.

KanyiDaily had also reported how a man was arraigned in court for allegedly punching a LASTMA official’s face and indecently touching her breast while she was carrying out her duties. 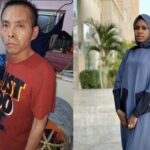 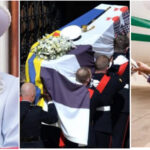