Ahead of the 2023 general election, the Independent National Electoral Commission (INEC) says it will monitor compliance with the limits on campaign spending by political parties under the Electoral Act. Chairman of INEC, Mahmood Yakubu stated this on Thursday in his goodwill message at the signing of the Peace Accord for peaceful campaign organised by the National Peace Committee (NPC) in Abuja.

Yakubu also said the commission will monitor
compliance to ensure that parties shun abusive language likely to provoke a breach of the peace during the electioneering campaigns.

According to him, the commitment to peaceful and issue-based electioneering campaigns should resonate beyond the 18 party chairmen and presidential candidates.

The INEC boss advised political parties to abide by the letter and spirit of the Peace Accord, urging the parties to convey the message of peace to their candidates, members and supporters across the country for compliance.

The chairman said “Today, the NPC is taking another giant step by inviting parties and candidates to commit to peaceful electioneering campaigns. This is important considering the connection between peaceful campaigns on the one hand and peaceful and credible elections on the other, The Commission appreciates the positive role of the NPC in the progressive improvement of our elections in Nigeria.

“The Electoral Act 2022 provides for campaigns in public by political parties to commence not earlier than 150 days before polling day. Accordingly, a campaign by political parties for the 2023 General Election officially commenced yesterday Wednesday 28th September 2022. This will continue until 24 hours before polling day i.e. 23rd February 2023 for national elections (Presidential and National Assembly) and 9th March 2023 for State elections (Governorship and Houses of Assembly).

“The implication is that for the next 148 days, political parties, candidates and their supporters are free to traverse the country holding meetings, rallies, processions and door-to-door campaigns. They will grant interviews, sponsor indoor and outdoor advertisements and publish other campaign materials. This is often a delicate period characterized by excitement and anxiety.

“In line with the provisions of the Electoral Act 2022 and in our determination to play our role as a regulator, the Commission will vigorously monitor compliance to ensure that parties shun abusive, intemperate or slanderous language as well as insinuations or innuendoes likely to provoke a breach of the peace during the electioneering campaigns. Similarly, the Commission will also closely monitor compliance with the limits on campaign spending under the Electoral Act. There are sanctions provided by law. Political parties and candidates should study and familiarise themselves with the electoral legal framework to avoid any infraction of the law and the unhappy consequences that will follow any act of misdemeanor.

“The 2023 General Election will be conducted for 1,491 constituencies nationwide made up of one Presidential constituency, 28 Governorship elections, 109 Senatorial Districts, 360 Federal constituencies, and 993 State Assembly constituencies. Every constituency is important. Every election is important. Therefore, the commitment to a peaceful and issue-based electioneering campaign should resonate beyond the 18 Party Chairmen and Presidential candidates present here today. It is not enough to simply sign the Peace Accord. What is more important is to abide by its letter and spirit. You should similarly pass the message to all your candidates, members, and supporters across the country for compliance. This will be your own way of showing appreciation for the work of the NPC and an affirmation of your contribution to electoral peace in Nigeria.”

Meanwhile, Kanyi Daily had reported that INEC had warned politicians not to use language that can provoke violence ahead of the 2023 general election. 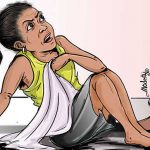 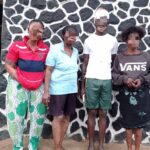