The Miyeeti Allah Cattle Breeders Association of Nigeria (MACBAN), a Fulani Socio-cultural group, has finally endorsed President Muhammadu Buhari as the sole presidential candidate of the association in the 2019 general election.

This is coming after the association’s fall out with the presidential candidate of the Peoples Democratic Party (PDP), Atiku Abubakar.

Atiku had earlier warned Nigerians against re-electing President Buhari in the 2019 election, over his incapability of addressing the senseless killings being carried out by herdsmen in the country.

In reaction, the national coordinator of MACBAN in Benue State, Garus Gololo, described Atiku as a divisive figure who would divide the country if elected in 2019 Elections.

So during the 2018 5th Annual General Meeting of MACBAN, held at the International Women Development Center, on Thursday in Abuja, the organization endorsed President Buhari.

The National President of MACBAN, Alhaji Muhammadu Kirowa, while making the announcement, said the administration of Buhari has impacted positively on the lives of their members.

Speaking with journalists after the Congress, the National Secretary of MACBAN, Alhaji Baba Uthman Ngelzarma said the decision to support President Muhammadu Buhari was a decision from the Congress.

Ngelzarma said their members numbering over 20 million in Nigeria took the collective decision. He said:

“We represent over 20 million members across the country, here in attendance we have over 2000 people who have come from all corners of the country, we have representatives from each local governments, and you heard their view, they have declared their interest on Muhammadu Buhari to move to the next level, this is the majority decision of the Congress, we as leaders, we don’t have option other than to follow.

“MACBAN frowns at the sensational and negative stereotyping of herders who are doing a legitimate economic activity that contributes to the gross domestic product of the country and ensuring food security.”

Speaking further, he called on the present government to stamp out cases of impunity in relation to the killings of innocent citizens who are caught in the conflict.

Ngelzarma said that the association would continue to collaborate with the security agencies in fishing out bad eggs within Fulani, saying:

“as a credible organisation we do not and will not condone criminality in whatever form by our members.

“MACBAN pledges its loyalty and support to President Buhari for his laudable efforts of uniting the country, infrastructural growth of the nation and transforming the economic life of citizens for posterity.” 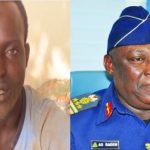 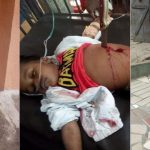