President Muhammadu Buhari on Monday arrived in Seoul, South Korea ahead of the first-ever World Bio Summit in the Asian country. 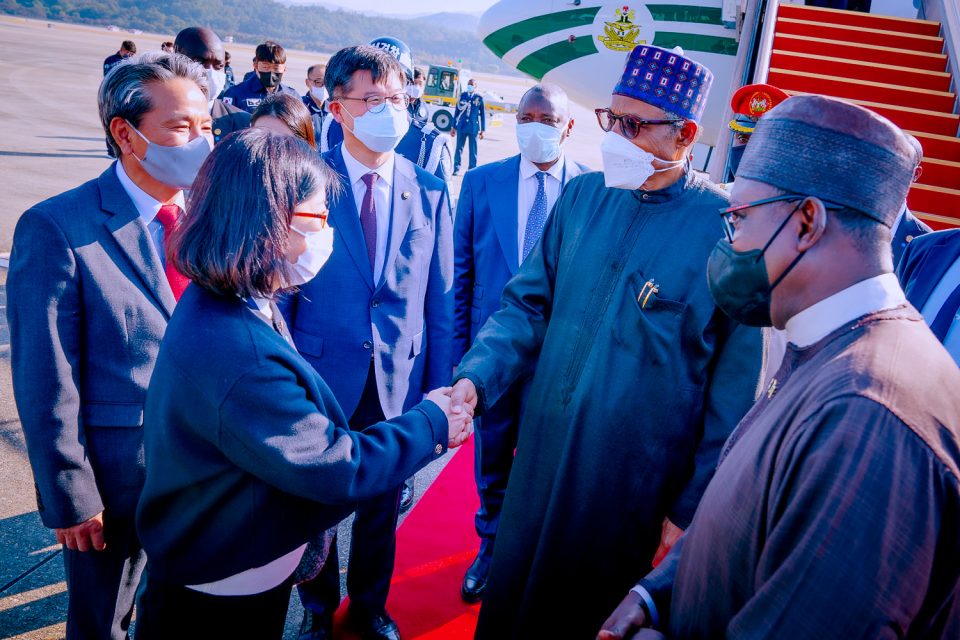 The special assistant to the president on digital communications, Bashir Ahmad, had in a statement on Saturday, said Buhari is expected to deliver a statement during the two-day summit which is scheduled for October 25 and 26.

“President Buhari will tomorrow, depart Abuja for Seoul, South Korea to participate in the 1st World Bio Summit, jointly organized by the government of the Republic of Korea and the World Health Organisation (WHO),” Bashir wrote on Twitter.

“The two-day summit (October 25-26), has the theme: ‘The Future of Vaccine and Bio-Health.

“President Buhari, who is expected to deliver a statement at the summit and meet separately with President Yoon Suk-yeol, will also seek other ways of more effective partnerships that impact positively on the lives and safety of Nigerians during his other engagements and meetings.”

The president will be accompanied by some Nigerian leaders including Aminu Masari, governor of Katsina state, and Abubakar Sani, governor of Niger state.

Geoffrey Onyeama, minister of foreign affairs; Osagie Ehanire, minister of health; Adeniyi Adebayo, minister of industry, trade and investment, among others, will also accompany the president on the trip.

The president’s media aide, Buhari Sallau, announced Buhari’s arrival in South Korea via his Facebook page, where he shared photos of the president’s arrival. 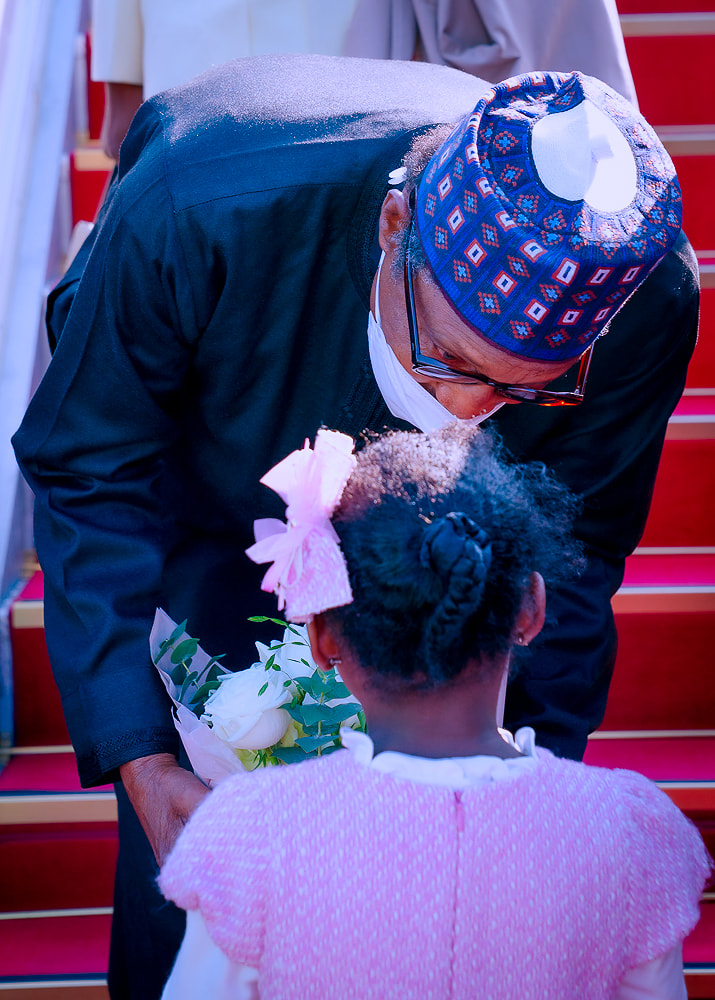 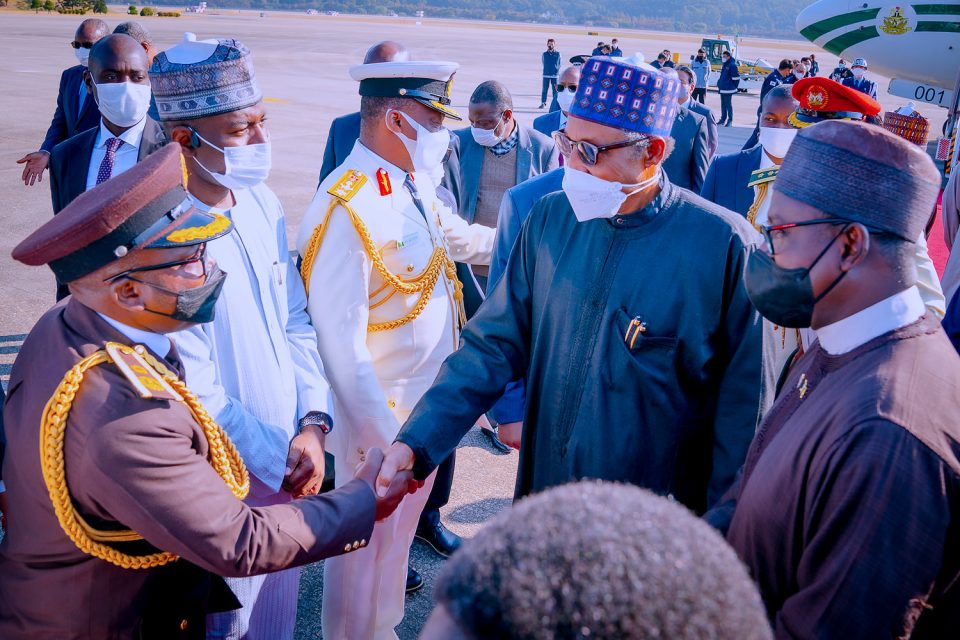 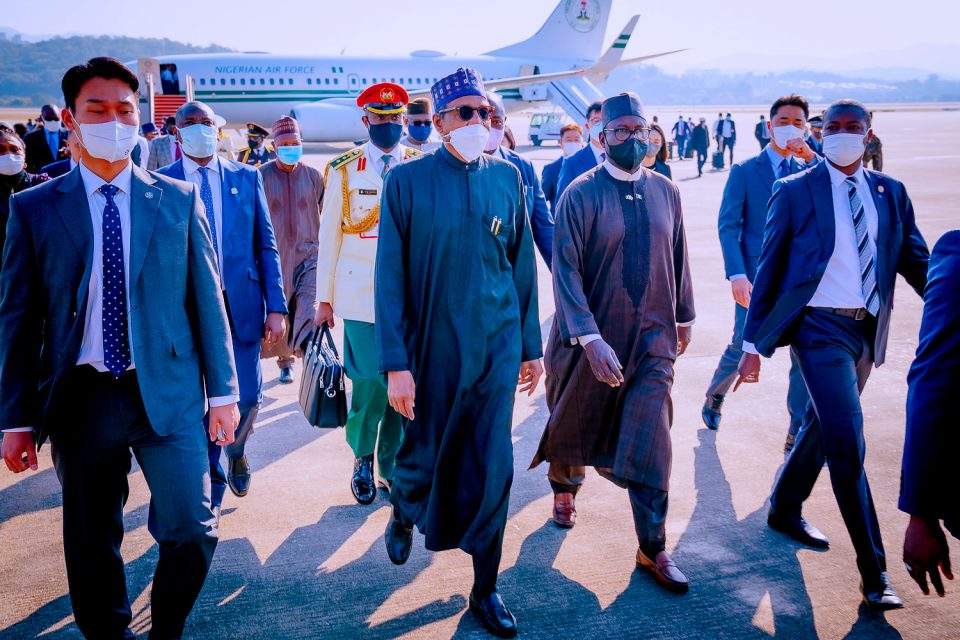 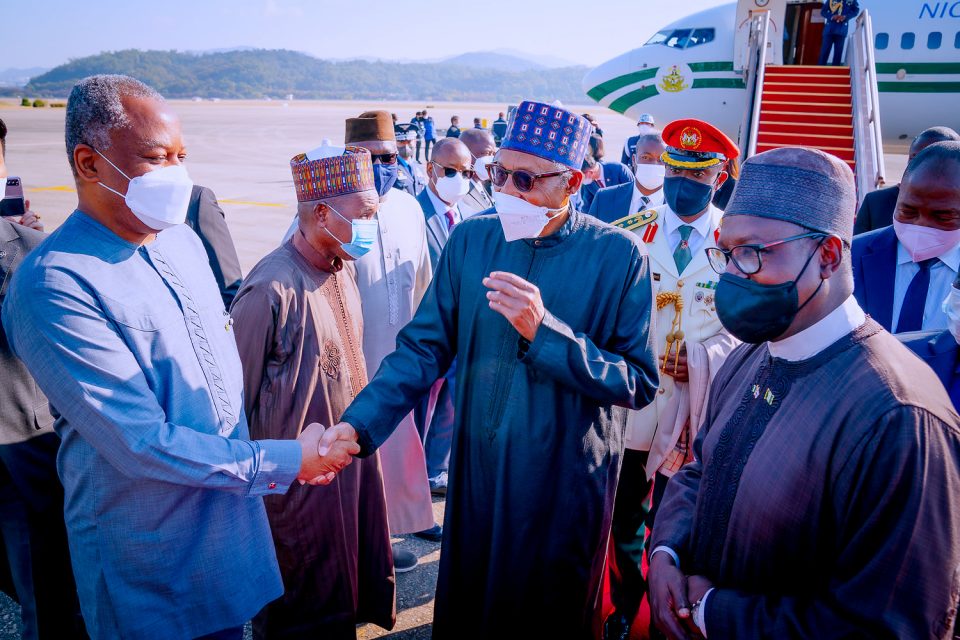 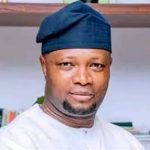 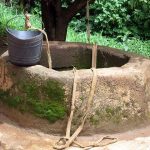