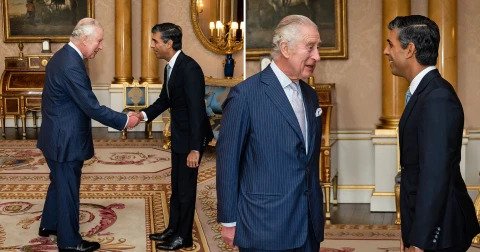 On Monday, October 24, Sunak made history after the ruling Conservative Party elected him as the first British Asian Prime Minister of the UK. He is also the country’s youngest PM in nearly 200 years.

Sunak’s leadership was confirmed when he met King Charles at Buckingham Palace and was invited to form a government by the new monarch, a ceremonial rubber-stamping act known as “kissing hands.”

In a speech at 10 Downing Street after the meeting, Sunak said: “Our country is facing a profound economic crisis. The aftermath of Covid still lingers, Putin’s war in Ukraine has destabilized energy markets and supply chains the world over.”

The 41-year-old paid tribute to his predecessors, Boris Johnson and Liz Truss, who he said were “not wrong” to want to improve U.K. growth.

He acknowledged “mistakes were made” under Truss, not “borne of ill will or bad intentions” but “mistakes nonetheless” and he had been elected “in part to fix them.”

READ:  US Politician, Mike Itkis Releases His Own Sεx Tape With Pοrn Star To Win Votes

Sunak, who vowed to fix the British economy, promised to lead with “integrity, professionalism and accountability” — three qualities Johnson is widely perceived as lacking.

“I will place economic stability and confidence at the heart of the government’s agenda. This will mean difficult decisions to come. But you saw me during Covid doing everything I could to protect people and businesses with schemes like furlough.

“There are always limits, more so than ever, but I promise you this. I will bring that same compassion to the challenges we face today,” he added.

Sunak, who served as finance minister under Johnson, is now expected to begin appointing new cabinet figures in yet another reshuffle at the top of British politics.

Rishi Sunak emerged as the UK prime minister, just a few days after Liz Truss bowed out after 45 days in office due to the heavy criticism of her economic policies. 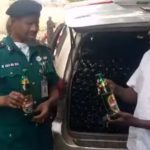