Haji, who was Iranian died at the age of 94, on Sunday in the village of Dejgah in the southern province of Fars, according to state media on Tuesday.

He was nicknamed the “dirtiest man in the world” for not taking a shower for decades.

The deceased was said to have avoided showering over fears of “getting sick”, the agency quoted a local official as saying.

But “for the first time a few months ago, villagers had taken him to a bathroom to wash,” IRNA reported.

“Not long after, he fell ill, and finally, on Sunday… he gave up his life.”

Reports further say local villagers viewed Amou Haji with some affection, even though he had never married.

The villagers were said to have built him a cinderblock shack so he would stop sleeping in a hole in the ground.

He became an object of curiosity in recent years, with people posting videos of his strange behaviour, which included smoking up to five cigarettes at once, or smoking dung from a metal plumbing joint.

Reports say a short documentary film titled “The Strange Life of Amou Haji” was made about his life in 2013, according to Iranian media outlets.

In other news, Kanyi Daily reported that 35 people were killed as a massive protest rocked Iran after a woman died in police custody over hijab 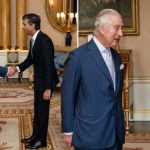 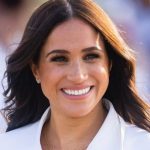