Further investigations have uncovered late American rapper, Pop Smoke, 20, was allegedly murdered by a 15-year-old shooter during a home invasion robbery in February 2020.

According to New York Daily News new testimony from a detective involved in the case, Pop, born Bashar Jackson, was fatally shot by a 15-year-old who was one of the five people arrested in connection with the rapper’s slaying, which occurred following a home invasion.

The group stormed Pop Smoke’s rented mansion in the Hollywood Hills on Feb. 19, 2020, and tried to take his Cuban link chain, but only got away with the diamond-studded watch, which they later resold for $2,000.

LAPD Det. Carlos Camacho testified during a preliminary hearing for suspect, Corey Walker, 20, that the unnamed 15-year-old defendant admitted to pulling the trigger during a recorded interview with a cellmate last May at a juvenile detention center.

The teen admitted that he shot the victim three times with a Baretta 9 [mm.],” Camacho told the court.

“They got into a fight, and he shot him three times,” Camacho said the interview reveals.

“He said he shot him on the back. He said that when the individuals got inside, the suspects confronted Pop Smoke, who was in the shower naked.”

Camacho also testified that Walker admitted his role in the slaying as well to an informant who was placed in his cell following his July 2020 arrest.

Walker was recorded telling the informant they wore ski masks and commanded the rapper to take off his jewelry. Pop reportedly initially started to comply, to which the intruders told him Thank you. However, according to Walker, the rapper then fought back. He rushed robbers but was pistol-whipped before being shot by the 15-year-old.

During the hearing, Walker’s defense attorney, Christopher Darden, argued for murder charges against his client to be dropped, saying Walker only drove the car to the home and was not directly involved with the robbery or killing.

Judge H. Clay Jacke II denied Darden’s request and Walker pleaded not guilty. Walker is due back in court for rearrangement on June 3.

The alleged shooter, the youngest of the four defendants, is now facing murder and robbery charges in the case.

On Thursday, Det. Christian Carrasco testified that a woman who was with Pop Smoke in the home recalled seeing a group of men enter through a second-story balcony accessible by a backyard staircase.

The woman claims the intruders breached the home through a second-floor balcony, put a gun to her head, and told her “Shut the fuck up. Do you want to die?”

“Mr. Jackson ran out of the bathroom and then she heard a loud pop and heard Mr. Jackson fall to the ground. Carrasco also testified the woman said two of the intruders kicked Pop after he was shot.

Walker is due back in court for rearrangement on June 3. If convicted as charged, he could face death penalty. 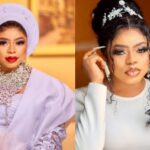 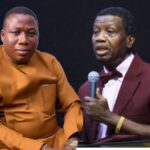