The Court of Appeal in Abuja has ruled in favour of Bashir Machina against the Senate President, Ahmad Lawan as the authentic candidate of the All Progressives Congress (APC) for Yobe North Senatorial District. 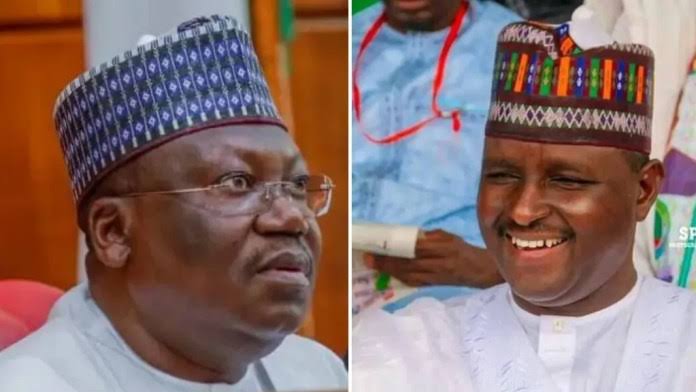 The appeal court, in a judgement delivered on Monday by a three-man panel that was led by Justice Monica Dongban-Mensen, dismissed Lawan’s appeal as lacking in merit.

Lawan had gone before the appellate court to challenge the judgement of a Federal High Court in Damaturu, which had on September 28, declared Machina as the bonafide APC candidate for Yobe North Senatorial District

The Federal High Court in Damaturu had ordered the APC and the Independent National Electoral Commission (INEC) to recognise Machina as Yobe North senatorial candidate of the party.

The judge also ordered the APC to forward the name of Machina to INEC as the authentic winner of the primary held in May.

Dissatisfied with the judgement, Lawan, who had publicly declared that he had accepted his situation in good faith, still proceeded to the appellate court, where he also lost on Monday.

The appeal court, on Monday, upheld the judgment of the Federal High Court sitting in Damaturu, which held that Lawan was not the APC candidate for Yobe North Senatorial District in the 2023 elections.

This comes two months after Ahmed Lawan claimed he has accepted his fate, saying he will not appeal the judgement by the Federal High Court in Damaturu, which disqualified him as Yobe North senatorial district election.

Despite Not Borrowing, I Left N14bn In Osun, Paid N97bn Inherited Debt – Oyetola