Ossai Ovie Success, the Special Assistant on Media to Delta State Governor, Ifeanyi Okowa, has revealed that his friend arrested his girlfriend for aborting their unborn child without his consent. 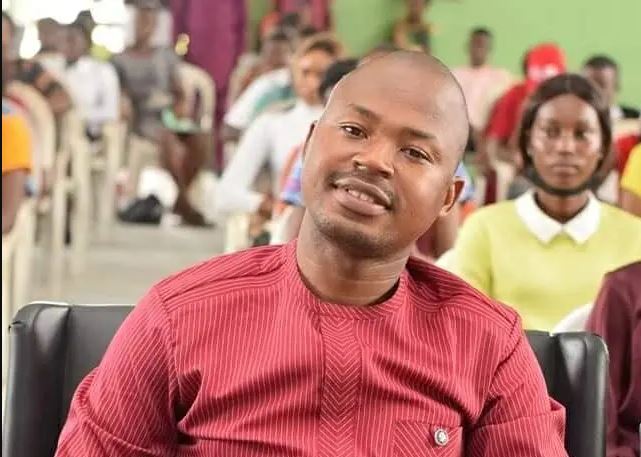 Man Arrests His Girlfriend For Aborting Their Child

The governor’s aide, who disclosed this on his Facebook page, said his friend is also considering arresting the doctor for not seeking his consent before killing his child

Ovie, who advised ladies against aborting a child with the knowledge of their partner, said his friend has been quiet since the arrest, despite the girl’s family’s plea to release their daughter.

He wrote; ”My friend arrested his girlfriend for doing abortion without his approval.

“I just got to know that an abortion without the owner of the pregnancy (The Man ) consent is punishable under the law.

“So ladies when ever you think of committing abortion , make sure you seek for your boyfriend or husband approval if not you might see yourself in jail.

“My friend is also considering arresting the doctor for not seeking for his consent before killing his unborn child.

“Both the doctor and the family of the girl are currently pleading for forgiveness but my friend is yet to say anything.” 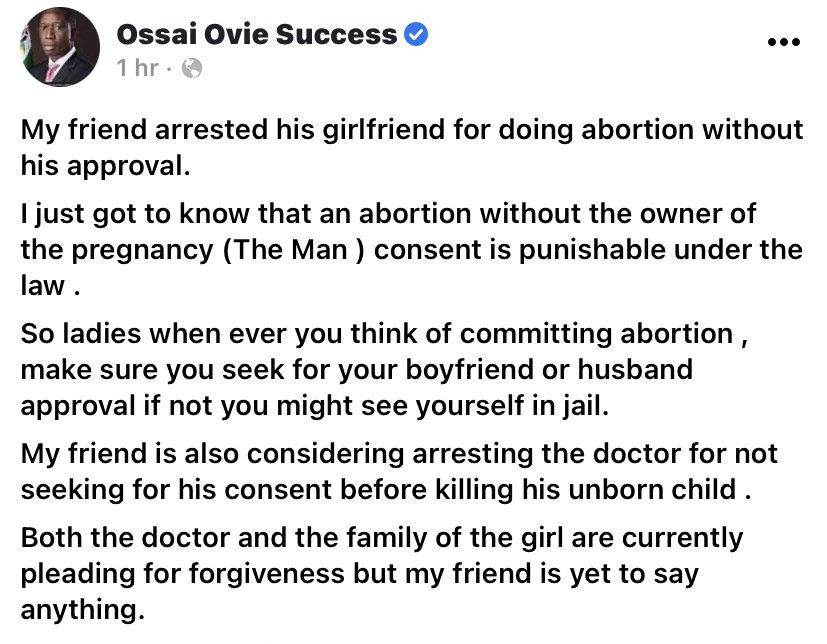 KanyiDaily recalls that a businesswoman-turned-author, Lara Kudayisi had narrated how she had 15 abortions for a man she met in church who later break up with her to become a pastor. 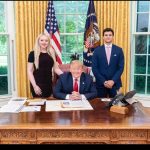 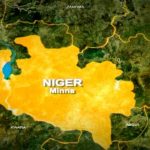