Cristiano Ronaldo has become the first male player to score in five World Cups as Portugal clinched a 3-2 win over Ghana in their World Cup opener in Qatar. 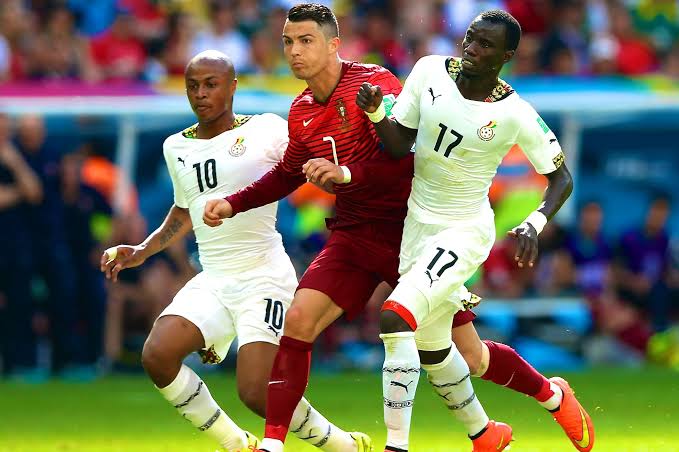 After a goaless first half during the match on Thursday, November 24, Ronaldo converted the opener from the spot in the 65th minute to give Portugal a 1-0 lead against Ghana, after he was fouled by Mohammed Salisu.

Ghana equalised against the run of play when their own veteran striker, Andre Ayew, fired home from close range in the 73rd minute.

Butt Portugal immediately responded with quickfire goals from Joao Felix (78) and substitute Rafael Leao (80), both set up by Bruno Fernandes to make the score 3-1.

READ:  Madam Injures Her Housemaid On Her Fore Head With Broken Plates In Delta State [Video]

Ronaldo received a standing ovation when he was substituted in the closing stages, but Portugal had to survive a nervy finale after Osman Bukari headed home Ghana’s second goal to make it 3-2 in the 89th minute.

Ghana had a golden opportunity to steal a point in the 10th minute of stoppage time when Inaki Williams caught Portugal goalkeeper Diogo Costa unawares to steal possession in the box, but the forward lost his footing at the crucial moment, allowing Ronaldo and his team-mates to cling on for victory.

Portugal’s victory puts the team at the top of Group H ahead of their next match against Uruguay on Monday. Ghana’s next match is against South Korea on Monday.

KanyiDaily had also reported how Japan stunned Germany with a late 2-1 comeback goals to defeat the four-time champions in their World Cup opener in Qatar.

READ:  Paul Pogba Fights With His Brother, Accuses Him Of Blackmailing Him For €13 Million 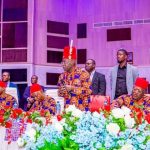 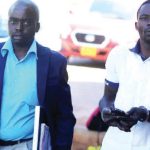