Three people have lost their lives during the collapse of a multiple sports complex under construction at the Stephen Keshi Stadium in Asaba, Delta State. 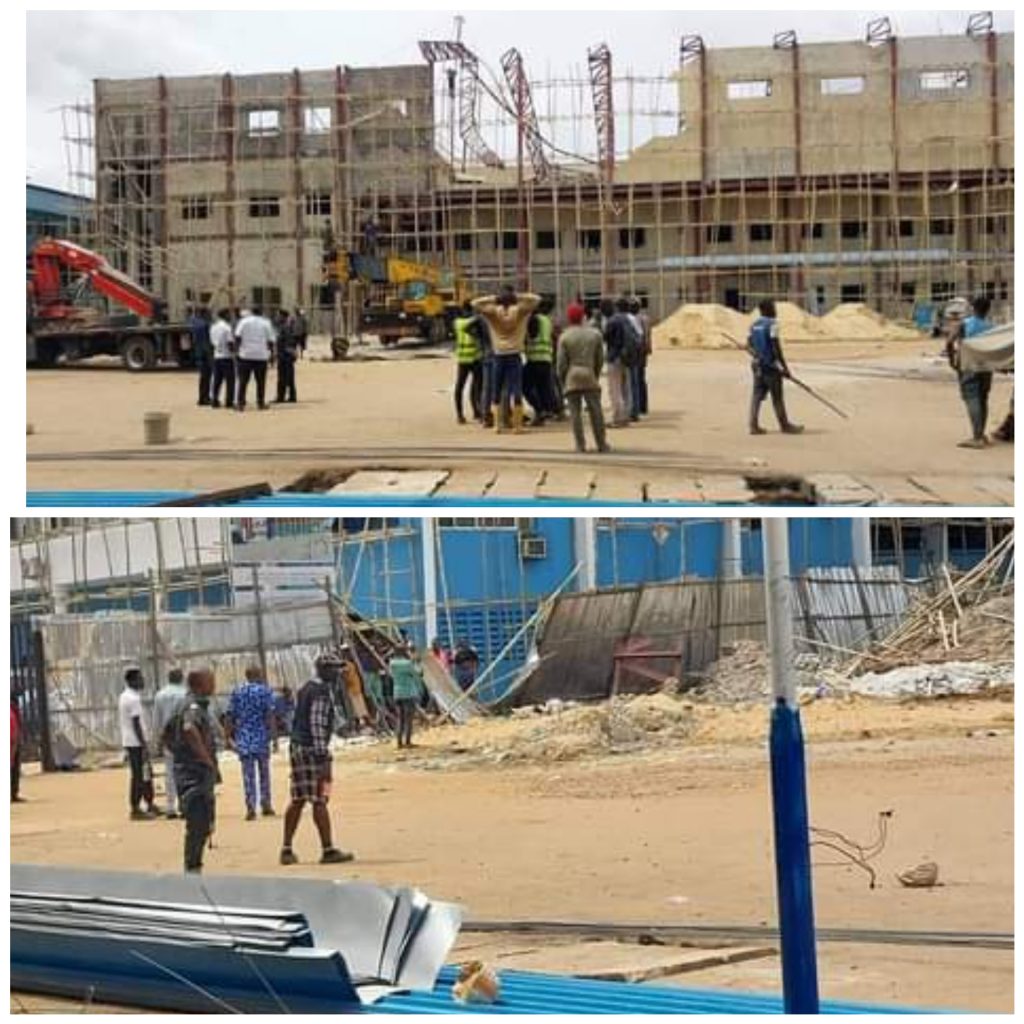 It was gathered that several persons were injured and rushed to the hospital after the building collapsed on Thursday morning.

The two-storey complex is under construction in preparation for the 21st National Sports Festival (NSF) to be hosted at the stadium from November 28.

The collapsed building was recently inspected by Minister of Sports, Sunday Dare, who said the facilities were 80 percent ready for use.

However, some structural engineers expressed concerns over the speed at which the construction was going, doubting the integrity of the buildings under construction.

READ:  "I Married Regina Daniels Within 3 Weeks, She Knows I Can Still Marry Another Wife" - Ned Nwoko

According to The Sun, a team of journalists who went to access the level of damage, were manhandled allegedly on the orders of the chairman, Delta State Sports Commission, Tonobok Okowa.

Okowa, who doubles as Co-Chairman of the Local Organising Committee (LOC) for the festival tagged Asaba 2022, ordered his boys to confiscate the working tools of the journalists.

When the boys were reluctant to carry out his orders, he shouted: ”Send them out of this place, journalists are not needed. Are they still here ?collect their gadgets and bundle them out of here.”

The thugs reportedly descended on the reporters hitting them with dangerous objects. 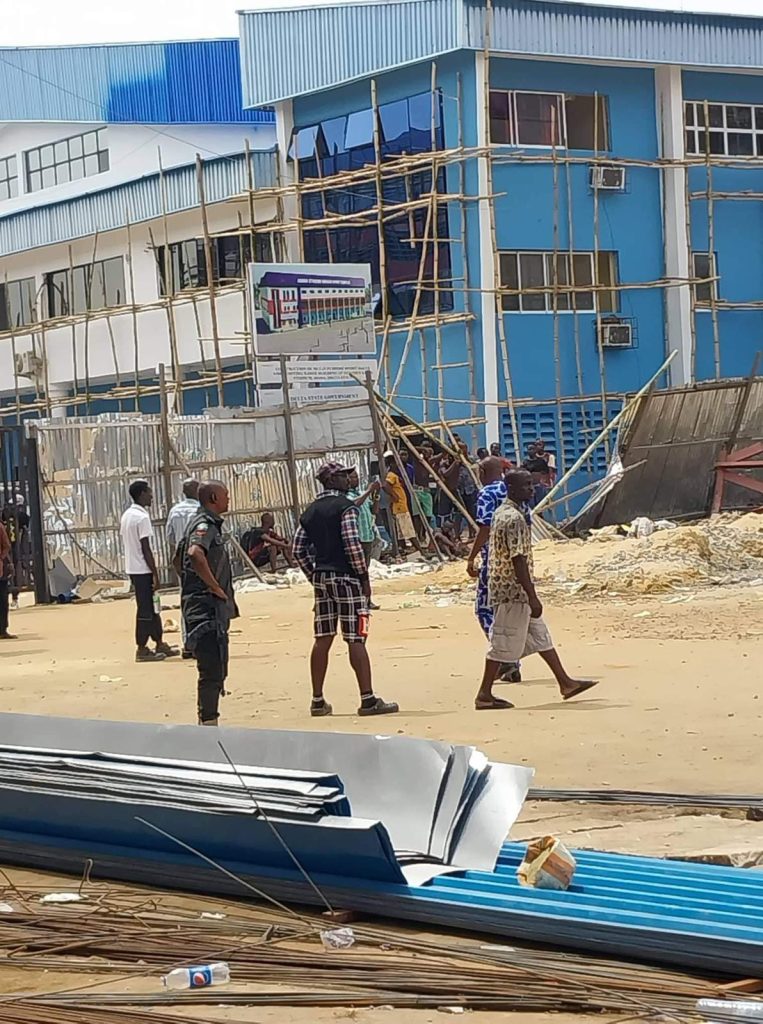 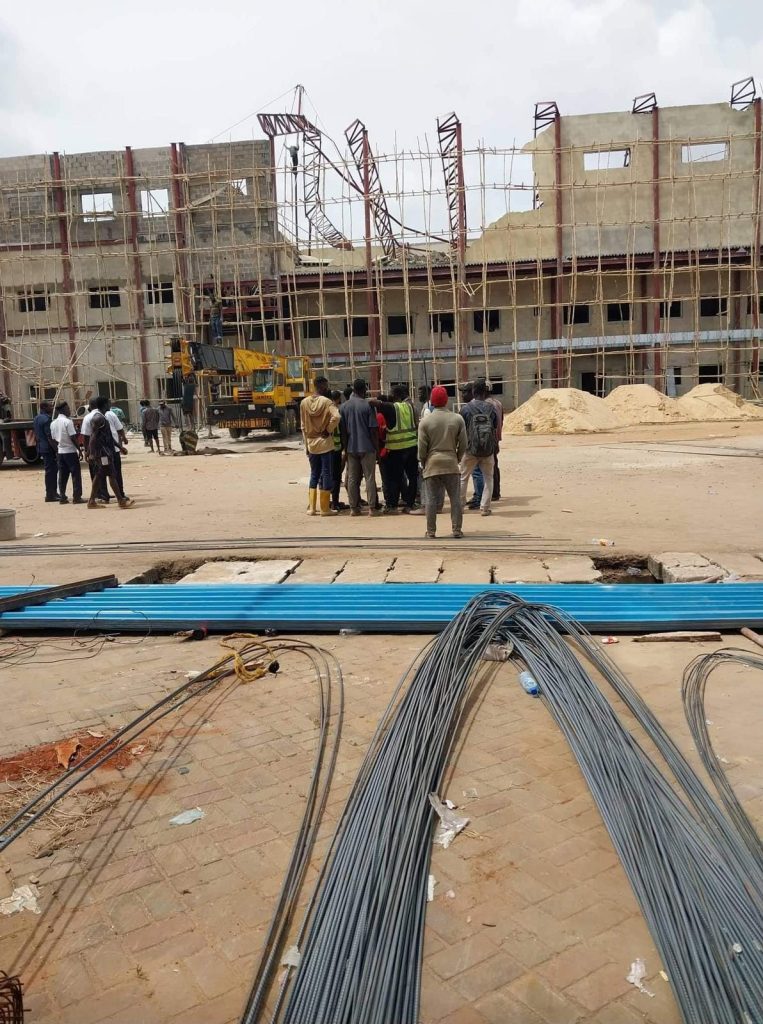 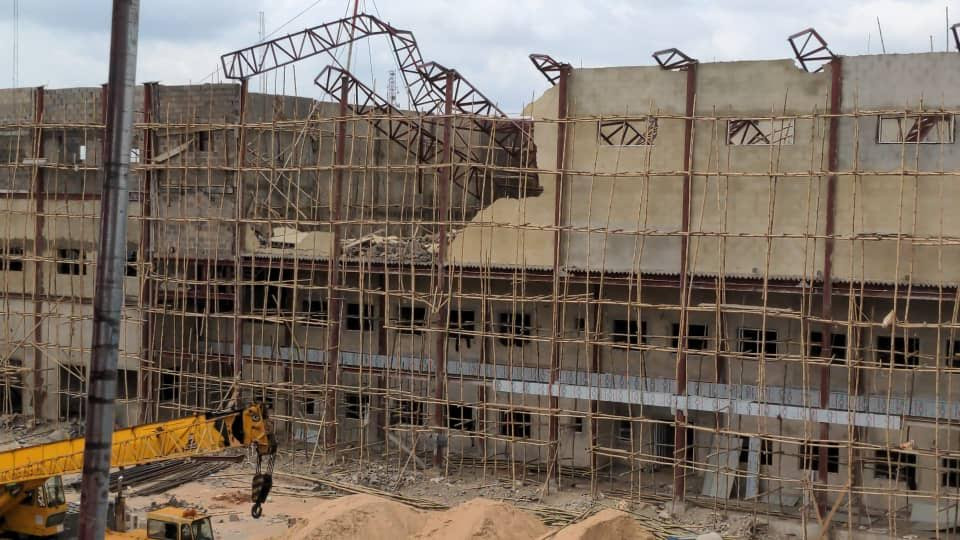 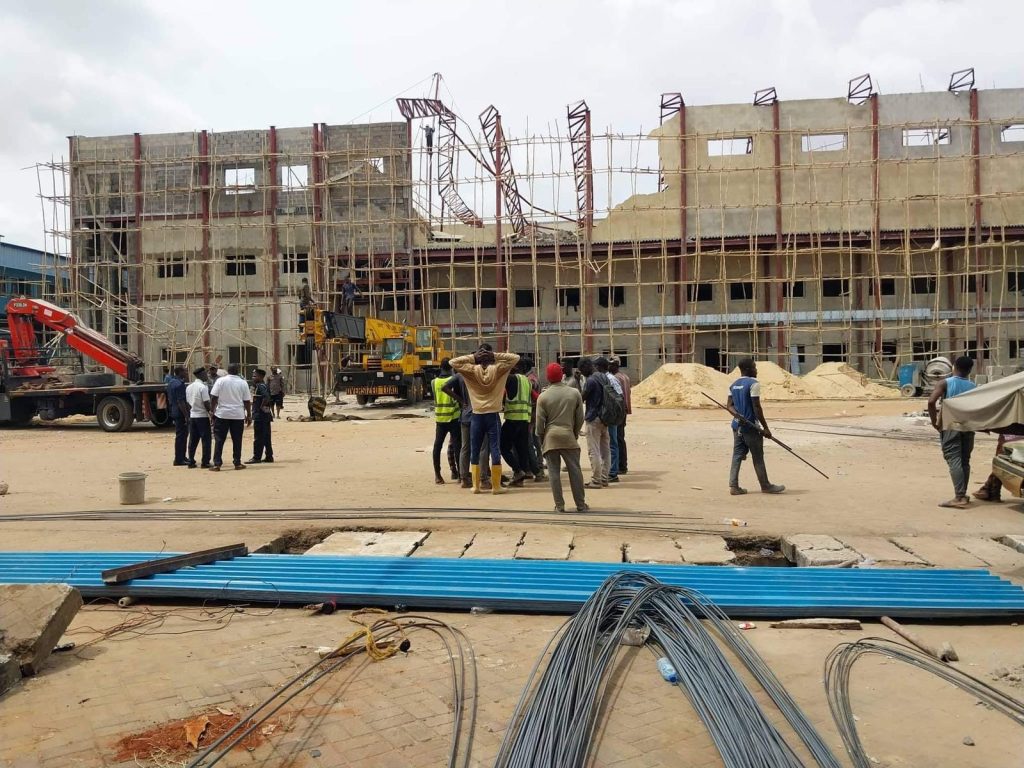 READ:  Gowon Denies Looting Half Of CBN, Says He Served Nigeria Diligently With Fear Of God

Casualties were recorded. It just happened few minutes ago.

Gov Okowa should be held responsible for this poor quality project that is at the verge of taking innocent lives.

READ:  Elon Musk Says He'll No Longer Be Joining Twitter Board Of Directors