Nollywood actress, Empress Njamah has stirred controversy on social media after she distanced herself from an engagement post made on her Instagram page. 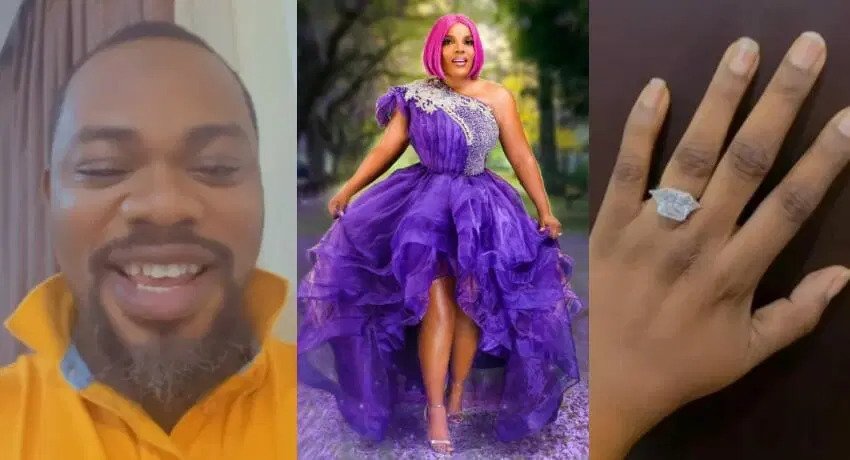 On Thursday, the actress took to her Instagram page to share a video of herself showing off her engagement ring with the caption “finally off the market”.

In the video, Njamah was heard saying: “I got engaged today, August 18. I am officially off the market. I am engaged; thank you Jesus. (Its) very beautiful. Thank you baby, I love it.”

While fans, friends, and celebrities trooped to the comment section to congratulate her on her engagement, people close to her warned that Njamah’s account has been hacked.

READ:  Rita Dominic Is Heartbroken Over Alleged Rape Of 13-Years-Old Girl To Death By A Father And Son

It was gathered that the engagement post was not made by Njamah but by her fiance, George Wade, who already took control of her Instagram account.

Wade reportedly reached out to LIB before making the post to reveal that he proposed to Empress on August 18, 2022, with a ring worth $49,800 and they were about to get married but he ended the engagement over alleged infidelity and fraud.

He alleged that Empress duped him of his money and was also cheating on him with other men.

According to him, Empress collected money from him under the guise of investing in an oil business, but she was giving the money to another man she was allegedly in a relationship with.

Wade, who is a Liberian, also claimed to be in possession of a sex tape between Empress and the man.

READ:  Portable Accuses Kogbagidi Of Using & Ripping Him Off, Demands His Car [Video] 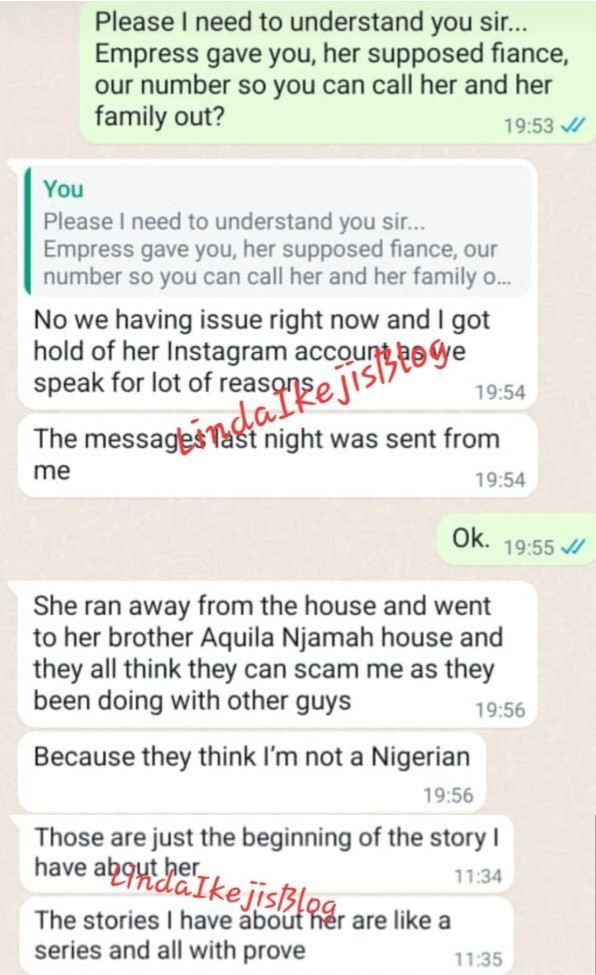 But in a video shared on one of her Instagram pages, @realhouseofempress, the actress gave details of all that she went through in the hands of the Liberian man, who disguised himself as her fiancé and made her do the video of the engagement.

She revealed that Wade gained access into her life when she was vulnerable from the death of her colleague and friend, Ada Ameh and he took advantage of her to allegedly dupe and blackmail her.

Njamah admitted that Wade has an intimate video of them, but not with another man as he claims. She said he filmed it in her house without her knowledge but hid his face.

She added that he beat her and abused her in her home and she was his victim until she worked up the courage to run.

“Unknown to me, he was gathering the ‘tools’ he would use to blackmail me. When I tried talking, he blackmailed me with my nude videos,” she said.

“After he beat me, he would take me to the hospital, making sure he was not away from me for more than three minutes, so that she would not be able to speak to anyone about what she was going through.”

Njamah said that the DSS is now involved because Wade allegedly does the same to other Nigerian women he perceives as wealthy.

READ:  “I Must Make One Million Dollars By All Means This Year” – DJ Cuppy Vows