DJ Cuppy, a disk jockey and daughter of billionaire businessman, Femi Otedola, has reacted to the cheating allegations levelled against her fiance, Ryan Taylor. 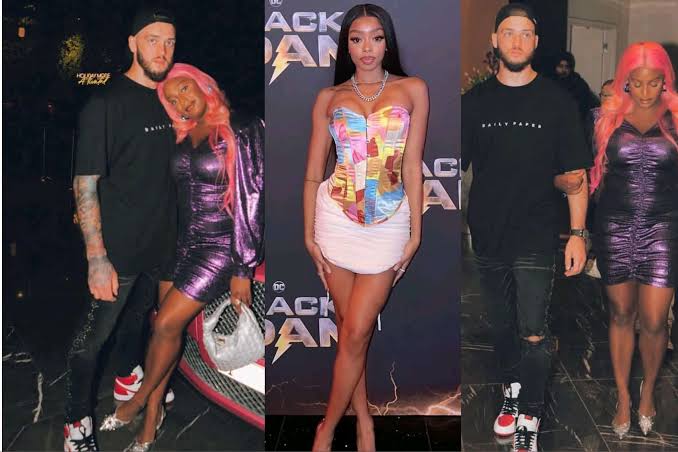 KanyiDaily recalls that Taylor went down on his knee and proposed marriage to Cuppy on stage at Gumball award night in Abu Dhabi on November 19.

Weeks after the engagement, it was alleged that Taylor was in a romantic relationship with UK influencer, Fiona Michelle shortly before he proposed to the Nigerian billionaire’s daughter.

Michelle had taken to TikTok on November 10, and shared a video that captured her intimate moment with a “mysterious man” who tattoos matched that of Taylor.

The UK influencer had also on November 4, shared another video which came with the caption “when you thought dating a yt guy would be stress free”.

In the video, Ryan’s hand tattoo was spotted on Michelle’s boobs. They were also seen at separate venues including romantic dinner dates, casual outings, and so on.

Although the face of Michelle’s lover was hidden in most of the videos which have since been taken down, the tattoos on his body match that of Taylor.

The videos triggered mixed reactions on social media with many people saying that if Cuppy and Taylor had been dating for months before he proposed to her, then he must have been cheating on her all along with Michelle.

READ:  "Rest In Peace My Angel" - Actor IK Ogbonna Says As He Loses His Mother [Video]

Reacting on her Twitter page, Cuppy queried the concept of a “perfect” love story while submitting that it is completely cliché.

‘Who wants that “perfect” love story anyway? 🥱 Cliché,” she wrote.

Cuppy also returned with another video where she gushed over her fiance while winessing him do BMX stunts with a bicycle.

“First time seeing bae doing his thing on his bike @RyanTaylorBMX be careful plixxxx ,” she captioned the video.

READ:  BBNaija: Kiddwaya Claims His Net-Worth And Bank Account Is Bigger Than All Housemates

This comes weeks after DJ Cuppy shared photos of her date night with her fiance, Ryan Taylor who she described as her soulmate. 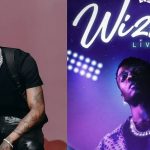 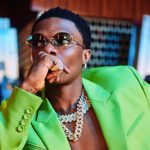