Hollywood actress, Gabrielle Union has revealed that she felt entitled to cheat during her first marriage to her ex-husband, Chris Howard, because of his alleged infidelity. 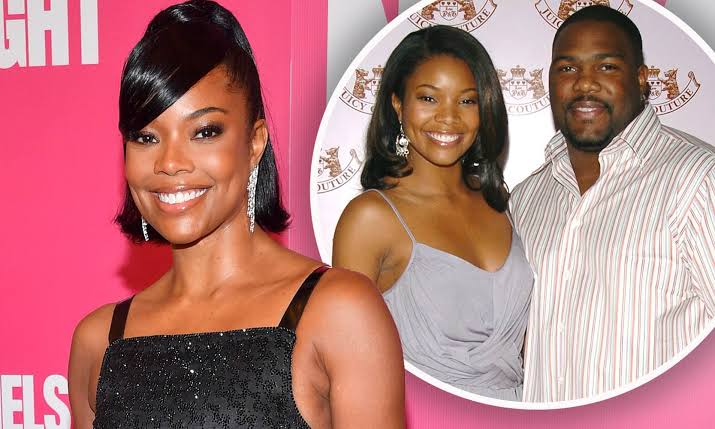 Gabrielle Union Speaks On Her Failed Marriage To Chris Howard

The 50-year-old actress who was married to Howard, 47, from 2001 until 2005, disclosed this during a recent episode of podcast “Armchair Expert with Dax Shepard.”

Union said her marriage to the ex-NFL player was “dysfunctional from day one” because she was “paying all the bills.”

“In our first marriage, neither one of us felt like the marriage should get in the way of our dating,” she told Shepard, after he shared his “complicated” feelings in regards to his own infidelity in past relationships.

Gabrielle then revealed how she cheated to get back at Howard, stressing that she wasn’t “getting wife of the year awards” during her marriage to the ex-NFL player.

She explained: “A part of it was like keeping up with his activities, like, ‘Oh, that’s what you’re doing? You’re going to feel this one,’ and I just felt entitled to it as well.”

The actress added that because she was paying “all the bills” she felt it was her right to do whatever she wanted.

She said: “I was working my a** off, and I felt like that’s what comes, the spoils of riches.”

“Like my dad before me, whoever has the most gets to do whatever the hell they want is what I thought. It was just dysfunctional from day one.

“I wish I had more guilt for some of that,” she said of her past infidelity, adding, “It was such a stupid relationship that should have never got out of the dating phase.”

Gabrielle noted that they sought couple’s counseling and a therapist told her they should “probably look for a way to amicably dissolve… because you have not one thing in common, no morals, no values. The only thing you have in common is other people, so why don’t you just go be with other people?”

The actress also said that her infidelity was also due to the fact that she had many guys like and want her.

She said: “In hindsight, yes, I absolutely needed something from them that I was not providing for myself, and neither was my marriage, but I think I provided something for them too.”

She added: “Guys can be just as big as groupies – if not more – than women, so it was a trade off… We were both crappy people going through s*** and clearly not going to enough therapy.”

Gabrielle Union and Chris Howard had their wedding in 2001. The couple split in 2005 and their divorce was finalised in 2006 after five years of marriage.

Following the end of her first marriage, Gabrielle Union tied the knot with former NBA star Dwyane Wade, 40, in 2014.

Gabrielle noted she was tensely negotiating her prenup agreement for months before she and Dwayne finally agreed on terms in her book “We’re Going To Need More Wine”.

She wrote: “My team and I were adamant that we have a prenup to protect myself, because I got taken to the cleaners in my first marriage.”

KanyiDaily recalls that Gabrielle Union and Dwayne Wade announced the birth of their daughter delivered through a surrogate on Thursday, November 8, 2018.

“Fancy Acholonu Lied, They Had Sex, We Don’t Have Gay In Our Family” – Alexx Ekubo’s Sister Fumes