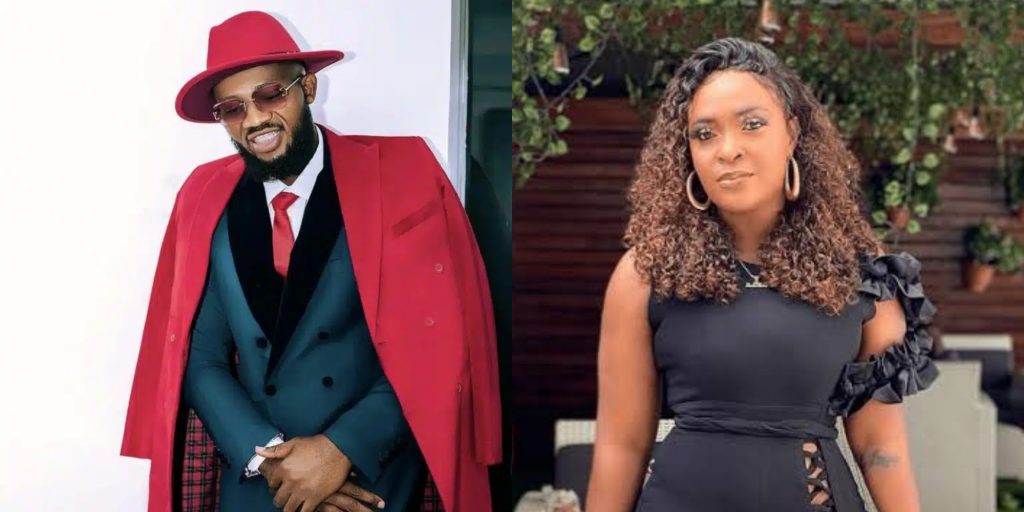 Blessing CEO Speaks On Her Rumored Relationship With IVD

Blessing CEO spoke out in favour of IVD when many accused him of being the cause of the death of his late spouse, Bimbo Ogbonna.

KanyiDaily had reported how Bimbo died in a hospital after getting into a scuffle with her husband and allegedly setting herself ablaze at their mansion in Lagos.

While Bimbo’s sister accused IVD of killing his wife, Blessing defiantly defended the car dealer during the incident and was even dragged to the police by the deceased’s family.

Blessing made headlines yesterday after she showed off her name tattooed on her lover’s hand and gushed over how he broke her walls and guards to get her to fall in love with him.

Although Blessing didn’t reveal the identity of her lover, many Nigerians said the man is IVD, whose wife, Bimbo, died from fire injuries on October 15, during a fight with him at their home.

READ:  "Stop Blaming Buhari, Even Our Son 'Obasanjo' Did Not Do All We Wanted" - Alaafin Of Oyo

Speaking on the matter during a live session with media personality, Daddy Freeze, the relationship expert said that people can meet people they eventually fall in love with at their place of work.

Blessing, who did not confirm or deny her alleged affair with IVD, added that she doesn’t owe the public any explanation as it is her private life.

She also alleged that many are running with the narratives online without even hearing IVD’s side of the story of the alleged domestic abuse.

According to her, some marriages may be dead despite the couples living under the same roof, hence an affair with someone else.

Blessing, however, spoke between the lines when asked to directly confirm the rumour of her relationship with IVD.

This comes weeks after IVD threatened to commit suicide while lamenting that he hasn’t seen his kids for over a month, stressing that life is empty without his wife and kids and that he might as well just end it all.

Nobody Will Respect You If You Don’t Have Money – Timaya