A man, David Mbijiwe has committed suicide after his older lover, Mary Ntinyari refused to open the door for him in Meru County, Kenya. It was gathered that David hanged himself behind his lover’s homestead on Sunday after she allegedly refused to open door for him for arriving home late at night.

Before his death, the 41-year-old man was said to have left behind a suicide note where he blamed Mary for his action, saying he can’t live without her.

The suicide note reads, “Ntinyari you are the reason why I have decided to kill myself because I cannot live without you now look for my body in a tree near the road.”

Sources said the deceased has been living in his older lover’s house for some months before taking his life.

READ:  Akeredolu Arrested In India For Defrauding A Diamond Broker Of Over $217,000

A neighbor told newsmen, “Mbijiwe was being kept by the woman lover who is way far older than him. They have been together despite their age difference. We were shocked to wake up to the sad news.”

The police boss, Ezekiel Chepkwony who confirmed the incident, said the man’s body was discovered dangling from a tree and a suicide note.

He added the body was moved to Meru Level Five Teaching and Referral Hospital saying police have launched an investigation into the incident.

The OCPD further advised couples to embrace dialogue to solve issues related to relationships instead of turning to suicide or murder. 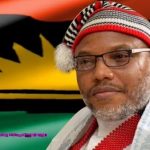 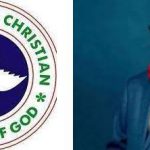