Nigerian music executive, Ubi Franklin has slammed those criticizing him for inking a tattoo in honour of Ifeanyi Adeleke, the late three-year-old son of music star, Davido. 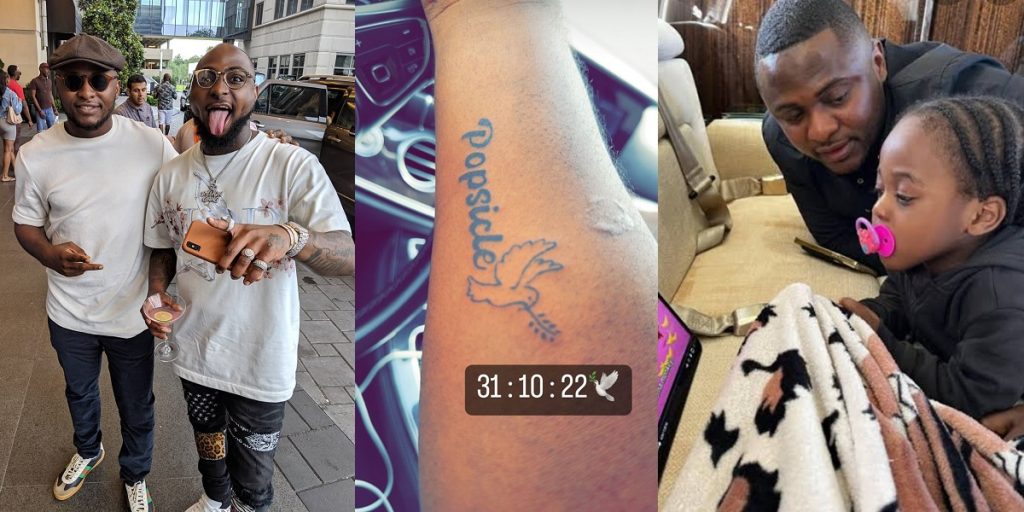 On Friday, the music mogul took to his Instagram story and shared a picture of his first tattoo with Ifeanyi’s nickname ‘Popsicles’, and a dove bird which signifies ‘Rest in Peace’.

Sharing the photo, Franklin wrote “31:10:22”, which is the date Ifeanyi passed away after drowning in a swimming pool at Davido’s residence in Lagos.

Franklin was tagged a “clout chaser” by netizens for tattooing Ifeanyi’s nickname to gain favour from Davido, while others slammed him for neglecting his four children’s names while opting for someone’s child. 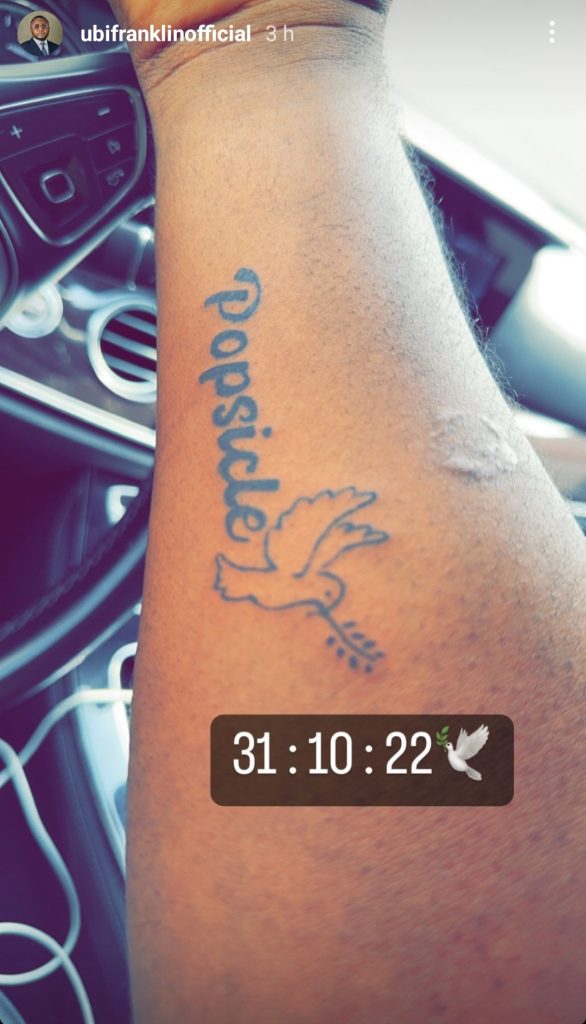 Reacting to the backlash, Franklin described his critics as ‘opinionated people’, saying he doesn’t care how anyone feels about how he wants to live his life.

The media mogul further told the netizens that are insincere about showing real love, noting that when they see one, they call it clout because they are pretentious.

He wrote: “Opinionated people: they have little awareness of how they’re coming off or how others are emotionally reacting to them.

“Often they have the best of intentions to help whomever they’re speaking to and can’t understand why the other person isn’t happy to hear what they have to say.

“Because we are very pretentious about showing real love when we see real love we call it clout”. 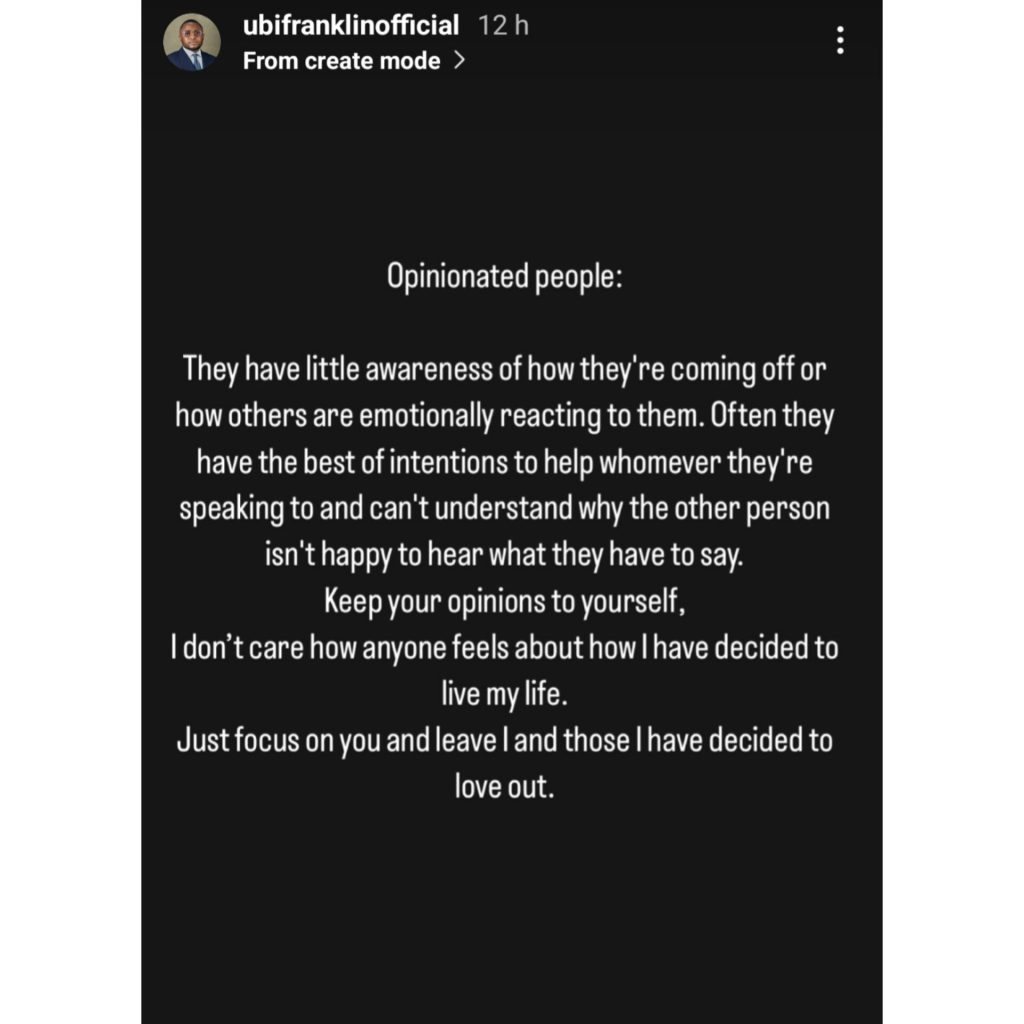 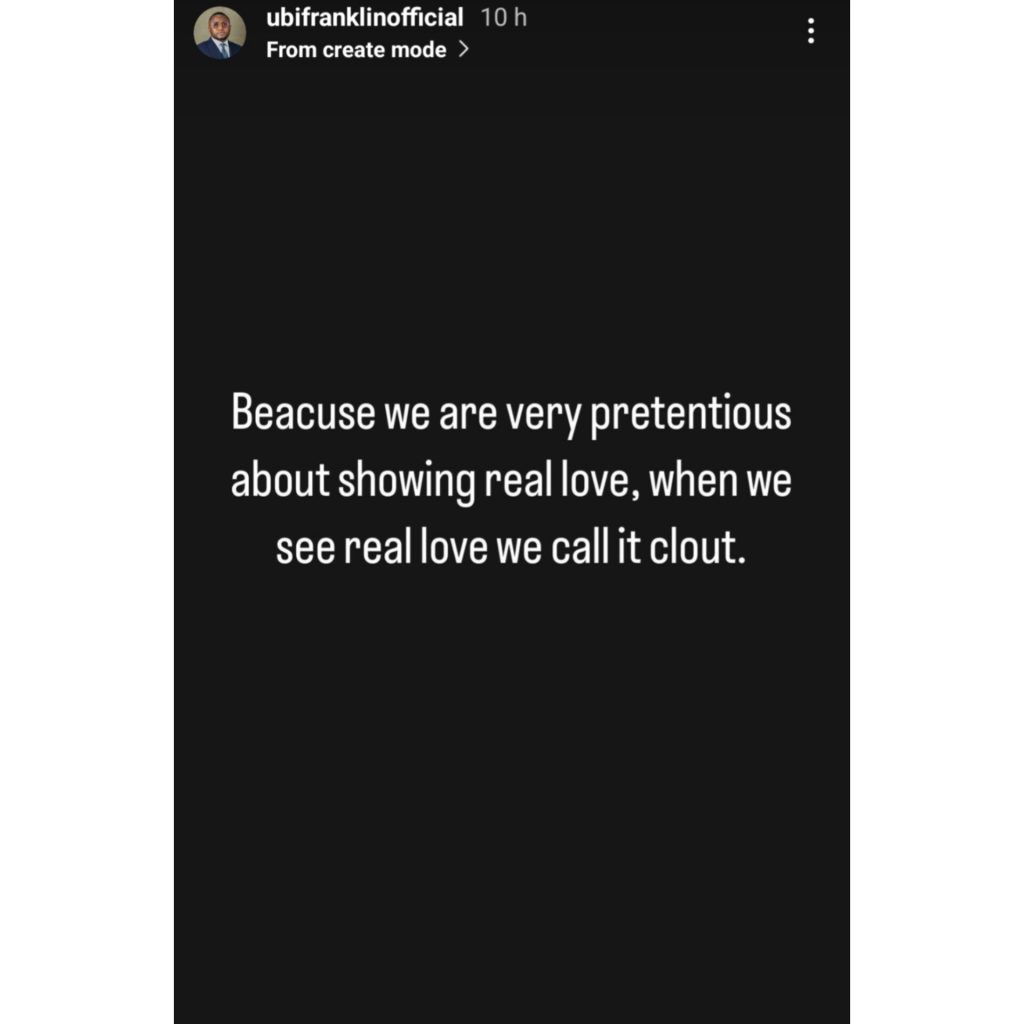 Meanwhile, Davido has unfollowed his longtime friend and Nollywood actress, Eniola Badmus on Instagram after she was accused of exploiting Ifeanyi Adeleke’s death for monetary gains.