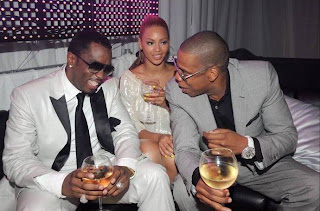 While no rapper made Forbes 400 list of America’s richest citizens, the magazine analyzed the race to become Hip Hop’s first billionaire.

The publication predicts that Sean “Diddy” Combs will be the first to be crowned a Hip-Hop Billionaie, already working with an estimated worth of $500 million.
Between his stakes in Sean John and Enyce, marketing firm Blue Flame, and Ciroc vodka, the Bad Boy could put himself ahead of Jay-Z as Hip Hop’s richest figure.
However, Birdman disagrees with the magazine and believes he and Weezy will be the first.

“I think Young Money Cash Money would be the first billion-dollar brand in hip-hop,” he wrote in an email. “We strong and growing every day as a brand and fast. Within the next few years we will be billionaires.”