A joint team of the Army and the State Security Service, (SSS) yesterday discovered seven illegal oil refineries located in a creek between the boundaries of Anambra and Delta states and destroyed the contents.

The illegal refineries suspected to have been used by oil bunkerers was discovered by the State Security Service, (SSS) who invited soldiers from the 302 Artillery Regiment, Onitsha to assist them destroy the badges and its contents.

According to the Commander of the 302 Artillery Regiment, Onitsha, Colonel Michael Durowaiye, they received intelligence report from the SSS that two badges and a boat laden with crude oil, suspected to have been stolen from Agip pipe line was sighted on the sea along Oko Community within the boundaries of Anambra and Delta States. The Commander said they immediately mobilized to take over the community where two badges loaded with 14 Gee Pee tanks of 1000 litres and seven illegal refineries were found in different locations in the creek.

He said that as part of their operational ways, the only way was to destroy the badges together with its contents, adding that his men had taken control of the area to make sure that the hoodlums did not return to the water.
Our reporter who witnessed the operation reported that out of the two badges, one of them was loaded with 14 Gee-Pee tanks of 1000 litres each, while the other one contained empty drums suspected to have been offloaded by the bunkerers.
The leaders of the army and SSS joint team, Lt. Col. Idongesit Akpan said the army was alerted by security intelligence report and the army decided to move into the creek where the suspects abandoned their badges and its contents and ran away.

He further confirmed that there was no arrest yet because the suspects might have received information that the soldiers were coming and they ran away, they even removed the engine bolt of their badges and ran awayâ€.
Four septic tanks fully loaded with refined gas from the crude oil located in different parts of the creek were also burnt, while the seven illegal refineries where they refine the products locally were destroyed by the soldiers during the raid.
Another boat being used by the oil bunkerers was also set ablaze and over 100 drums of refined gas destroyed by the joint team. 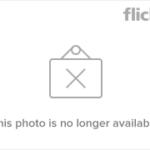