The presidency, his associates and some ministers have been named in a monumental money laundering scandal, one of the most elaborate in Nigeria’s history.
PREMIUM TIMES revealed that the N155billion secretly paid to convicted money launderer, Dan Etete, by the Federal Government, on the orders of President Goodluck Jonathan, was actually a slush fund, with a huge chunk of it ending in bank accounts of cronies and business associates of government officials and at least one individual with links to Mr. Jonathan.

Our investigation also indicates that in order to cover up what is clearly one of the most elaborate corruption schemes in Nigeria’s history, the president tapped the junior minister in the finance ministry, Yerima Ngama, and Attorney General Mohammed Adoke to hurriedly transfer the funds to Mr. Etete on August 16, 2011, a day before the Minister of Finance, Ngozi Okonjo-Iweala, assumed office……Hmmmmm continue reading to find out how they shared our money.

Mrs. Okonjo-Iweala was not available Friday to comment on her knowledge of the transaction. Her spokesperson, Paul Nwabuikwu, said she was away in Zimbabwe on an official engagement.
This website had on Monday reported how the Nigerian subsidiaries of two multinational oil companies Nigeria Agip Exploration Limited (Agip) and Shell Nigeria Exploration and Production Company Limited (Shell) paid $1.1billion (N155billion) to the Federal Government in April last year for onward transmission to Malabu Oil whose principal is Mr. Etete.

Our subsequent investigations later showed that the Economic and Financial Crimes Commission (EFCC) had indeed investigated the deal, concluding that the transaction pointed at a “cloudy scene associated with fraudulent dealings.”

The EFCC investigation also clearly established that Mr. Etete’s Malabu only served as a money laundering machine, as substantial parts of the funds was later transferred to various accounts owned by “real and artificial persons” suspected to have links with the presidency and other government officials.

Presidency sources familiar with the matter say the EFCC intimated President Jonathan and Mr. Adoke of its findings.

“But I can tell you that the investigation has suffered a setback since the presidency got wind of it,” one of our sources said. “There is high-level complicity in the deal and there is therefore high-level cover up. The report is gathering dust on the president’s desk.”

Relying on court papers in the United States (where some consultants have sued Malabo for breach of contract), checks at the Corporate Affairs Commission (CAC) and on its own investigations, the EFCC established that “a prima facie case of conspiracy, breach of trust, theft and money laundering can be established against some real and artificial persons.”

At the heart of this brazen theft of public funds is one Abubakar Aliyu, a man whom top presidency and EFCC sources described as “Mr. Corruption” and who has very close business ties with Diepreiye Alamiesegha, convicted former governor of Bayelsa state.

Mr. Alamiesegha, the self-styled governor-general of the Ijaw nation, is the man who picked Mr. Jonathan as his running mate in the 1999 governorship election in Bayelsa state and whom Mr. Jonathan succeeded in office after the former was impeached over corruption charges.
The disgraced former governor played a major role in Mr. Jonathan’s election last year, serving as both an adviser and a top campaign official.

Mr. Aliyu, through companies co-owned by him, received direct payments of $523mn (N81bn) from the largesse. Investigators believe that the businessman, introduced to the president by Mr. Alamieyeseigha, was Mr. Jonathan’s front in the transaction.

Mr. Aliyu is however not new to corrupt deals. One of his companies was recently found to be involved in a shady deal which involved the buying of a landed property from a government agency (NITEL) for N1billion and then reselling the same property to another government agency (CBN) for N21billion.

He allegedly used his links with late President Musa Yar’Adua and President Jonathan to broker the deals, and then reportedly paid kickbacks to some government officials.
Mr. Adoke, the current Justice Minister was named in that deal too just as sources believe he played a major role in the sharing of the N155billion largesse.

Another $400millionn (N60billion) was, based on the duo’s instructions, transferred into a Malabu Bank PHB (now Keystone bank) account 3610042472 from a Nigerian government account with JP Morgan International Bank. The balance of the funds was reportedly lodged into Mr. Etete’s account with Zenith Bank.

Companies not linked to Mr. Aliyu but got money from Malabu include Mega Tech Engr Co. Ltd, which received $180 million (N27bn) and Imperial Union Limited, $34million (N5.1bn).
Sources say these companies, like Mr. Aliyu’s, simply acted as fronts for political office holders, who helped to facilitate the transfer, as they have no basis to receive such huge sums of money from Malabu. The EFCC has also not identified what task these companies performed to deserve the payments.

“Reasons for this payment is yet to be ascertained,” the commission said.
Long before the largesse was shared however, Malabu had become a company renowned for shady deals.

A history of fraud

According to investigators, through “conspiracy, forgery, uttering forged document, criminal misappropriation and money laundering,” Mr. Etete and Malabu Oil had been involved in illegalities since its formation.

Five days after the company was formed and registered at the CAC, it got two oil blocks awarded to it by the then military government: OPL 245 and OPL 214.
Mr. Etete was petroleum minister at the time.

Controversy however trailed the oil blocks as President Olusegun Obasanjo, in 2001, revoked the allocations, giving OPL 245 to Shell.

After several court cases in Nigeria and overseas between Malabu, Shell, and the Federal Government, the oil blocks were re-awarded to Malabu in 2010.

However at an extraordinary general meeting of Malabu on June 9, 2010, Mr. Abacha and a company related to him, Pecos Energy, were removed as shareholders of Malabu. The new owners (believed to be fronts for Mr. Etete) became Munamuma Seidougha and Amaran Joseph, both of whom had 10 million shares each.

These changes, the EFCC stated “gave rise to a lot of moral and ethical question that can necessitate an objective and full blown investigation into the matter.”

Mr. Abacha however fought back fiercely. Sensing that he had been schemed out and aware that Mr. Etete was already negotiating with Shell and Agip, he decided to act.

PREMIUM TIMES learnt that Ednan Agaev, an international counsel hired by Malabu told the Supreme Court of New York in an affidavit that he was appointed by Malabu to find an investor for OPL245.

“One John Coplestone of SHELL, a party to the negotiation informed him that Mohammed Sani (Abacha) is laying claim over OPL 245,” the EFCC stated. An AGIP official also told Mr. Agaev that “in view of the new claim by Mohammed Sani (Abacha), a direct deal with Malabu would not be possible.”

Mr. Agaev then informed Mr. Etete of the new development and suggested a way out.

To put off Mr. Sani (Abacha) from realizing his claim, “The FGN (should) take back the oil block from Malabu, transfer the rights to ENI AGIP/Shell and pay Malabu a compensation from the payments made by ENI AGIP and Shell,”

The oil companies agreed accepted the proposal. “By the end of March 2011, the FGN seemed to have acted with the suggestion,” the EFCC said.

This new evidence gathered by the EFCC contradicts the claims of Shell, who through its spokesman, Precious Okolobo, denied knowing that Malabu was to be the recipient of its payment.
“Shell was not aware that that money was to be paid to Malabu,” Mr. Okolobo had told PREMIUM TIMES. 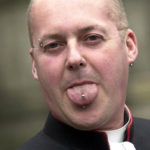