The auditors, according to a memo from the National Auditor of the
party, Chief Bode Mustapha, to the National Chairman, Alhaji Bamanga
Tukur, are to audit the account of PDP party for the 2011 financial
year. It was gathered that the leadership of PDP has also approved the
production of 772 portraits of Tukur and its National Secretary, Prince
Olagunsoye Oyinlola.

PDP’s National Director of Administration, Alhaji Gurama Bawa to
Oyinlola, in a memo dated April 27 and entitled Approval for the
production of official portraits of National Chairman and the National
Secretary, stated the need for the auditing and portraits, following the
election and assumption of duties by the newly-elected members of the
National Working Committee of the party, it has become necessary, being the tradition, to produce the
portraits of the new National Chairman and the new National Secretary of
the party.

“It has been estimated that we need, for each of the two national
officers, 386 portraits, thereby giving the total of 772 portraits.”

The request has been approved by both Tukur and Oyinlola.

On the N13,100,000 estimate to host auditors from INEC, Mustapha
demanded the amount in his internal memo dated May 14, to the National
Chairman, entitled Hosting of INEC auditors for auditing of PDP account
for the year ended 2011.

Mustapha said in the memo: “The National Chairman is to note that
INEC will soon appoint an audit firm as external auditor for the purpose
of auditing the account of Peoples Democratic Party.

“The audit unit of the party will host the INEC auditors during the
duration of the audit exercise. Your Excellency is, therefore, invited
to approve the sum of N13,100,000 for the purpose. Submitted for your
approval, please.”

What caused the delay, as gathered, was that the sacked Chief of
Staff to the National Chairman, Habu Fari, had requested that the memo
be scrutinised before approval was given.

Fari, in his memo, replied thus: “You may kindly invite the National
Auditor to shed more light on what he wants to expend N13,100,000 on.

“Let him explain the details for guidance and financial discipline,
otherwise this request is outrageous for the purpose of hosting INEC
auditors.” 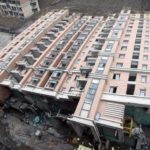