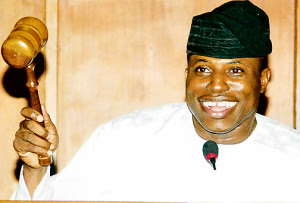 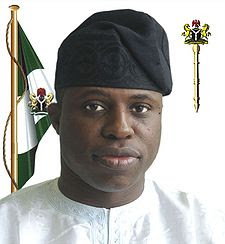 According to reports, the father of former Speaker of the House of Reps,
Hon. Dimeji Bankole, Chief Suarau Olayiwola Alani Bankole has
reportedly married a new wife. The identity of the apple in Chief Bankole’s eye is said to be a 25 year
old graduate of Olabisi Onabanjo University (O.O.U) with the name,
Bola.
According to exclusive information obtained by Yemojanews, Chief Bankole
who holds the Yoruba aristocratic titles of Oluwo Iporo Ake and Seriki
Jagunmolu of Egbaland along with few of his friends went to Bola’s
parent house in Ikorodu, Lagos last month where a quiet and brief
traditional marriage was conducted.
“They brought just four vehicles, it was a very quiet ceremony and they
didn’t want anybody to know about it”, our source stated. Interestingly, investigations conducted by Yemojanews revealed that none
of Chief Bankole’s family members is aware of the development.
Meanwhile, we gathered that Bola is now pregnant for Chief Alani Bankole
and we learnt that the respected politician is spoiling the young lady
with much affection.
Efforts to confirm the story from immediate family members was futile as
those we contacted claimed ignorant of the new wife but said they have
‘heard something like that’.
Chief Alani Bankole who is in his 70s has about five wives and does not live under the same roof with any of them. 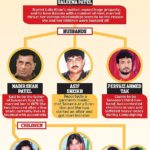