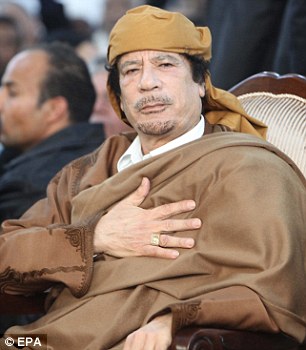 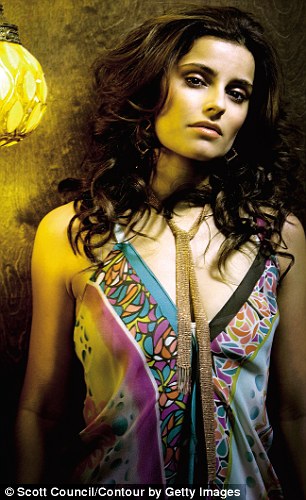 The singer talked about amending for performing for the Libyan dictator’s family, being in a high school gang and writing a song about Tiger Woods’ wife, read it below:

“When I signed my record deal at 20, I declared that I aspired to be Gandhi, Mother Teresa and Mona Lisa all at the same time so that I could inspire people. What an idiotic thing to say. It shows how naive I was at the time. Around the same time I happened to remark that education is the most overrated virtue. Whatever was I thinking? Imagine if my daughter ever read that.I’ve said some really stupid things.

Taking $1 million from the Gaddafi family was not right. In 2007 I was paid to perform for members of Colonel Gaddafi’s family at a hotel in Italy. Recently I donated the $1 million fee to the Free the Children charity. It was the first private show I’d ever done and I wasn’t really aware whom I was performing for. Straight after the show I had a strange feeling that something wasn’t right. It was only when the revolution was taking place in Libya that I started educating myself about the country and its rulers. That’s when I realised that I had to make amends.

Celebrity is a circus.

It’s fun to watch but you wouldn’t want to be a part of it. Fame took me by surprise and knocked me out. I wasn’t mentally prepared to accept and appreciate it all. After two years of intense touring and partying it was like I was having a breakdown. One night on stage I spent the first two songs crying my eyes out. I’d been trying to balance being a big star with being a mother and the pressure was just too much.

I thought I was going to die when I fell 10ft off stage.

In 2002 I was performing at a big arena in New Orleans. I was in the middle of singing the most sensitive part of I’m Like A Bird when I stumbled and fell 10ft to the ground. The crowd seemed to think it was part of the show. ‘She’s singing about being like a bird and she’s trying to fly. How cool.’ But I was hurt.


But I was the most hopeless rebel of all time. We drove around in a van with the windows covered in black paper. We specialised in crashing parties and throwing stones at buses. I was pretty good at crashing parties but the other gang members questioned whether I could throw the stones hard enough to break the windows – so they threw me out of the gang.

I was in a high school gang called the Portuguese Mafia.

I never step on pavement cracks and I always have to wash my hands a certain number of times before leaving the house. Nowadays I take that obsession into the studio, where I am so ultra-meticulous that I drive my producers crazy. I obsess over every detail to the point where I get sick with it.

I wish I’d gone down the Daft Punk road and worn masks and costumes so nobody would ever recognise me.

I take it for granted I’ll be spotted wherever I go. If I’m going somewhere busy I’ll wear a baseball cap and pull it down over my eyes, but mostly I go about without disguises. If you visualise something, it will happen. At the age of four I had a picture of what it would feel like to be on stage singing for thousands of people. When I opened for U2 in Dublin in 2002, the experience was exactly as I had pictured it as a child.

I wrote a song about Tiger Woods’ wife.

It’s called The Edge and it’s the scandal from her perspective. All the news was about Tiger being unfaithful but there was hardly a word about his wife, Elin, who was going through something so horrible it must have taken her over the edge.

As a kid I’d go to parties and hide in cupboards.

There’s always a big part of me that craves solitude. I’ve always been a bit of a loner. I’d be perfectly happy living a hermit-like existence in a ramshackle cottage in the middle of nowhere with nothing but books and cats for company. But having a husband and a daughter tends to get in the way of those plans.


I’m a huge fan of the Royal family and I think it’s great the way the princes have reinvigorated people’s interest in the institution. There’s a lot of doom and gloom in the world at the moment. The wedding of William and Kate followed by the Jubilee celebrations lifted people’s spirits no end. Not just in Britain. People all over the world were lifted up by those events. Princes Harry and William are the coolest men on the planet.

Sting said he was too nervous to perform in front of me.

I was in Latvia recently and got to watch Sting perform from the side of the stage. My tour manager asked me if I’d like to meet him. I said I’d be far too terrified. Sting walked off stage, spotted me and said it was a good job he didn’t know I was there because he’d have been way too nervous to perform.

If I could say one thing it would be: there’s nothing smart about jumping out of the window of the second-floor bedroom. But I’m proud of that 14-year-old me. She wasn’t afraid to get up and do something. I’d grab the microphone at parties and belt out a song. With a mic in my hand I felt completely fearless.
Nelly’s album ‘The Spirit Indestructible’ is out tomorrow 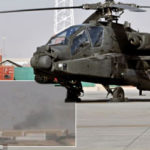 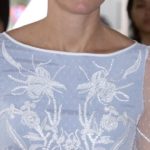