The youngest victim had a twin at the school. The oldest was the school psychologist. Another was the child of a jazz saxophonist. Among the 28 who died in the school shooting in Newtown, Conn., were six teachers — all women — and 20 children, ages 6 and 7.

The two others who died in the shooting were the alleged gunman and his mother. Of the children, eight were boys and 12 were girls…..continue to see the names of the victims and some of their faces.

When shots rang out Friday at Sandy Hook Elementary School in Connecticut, Principal Dawn Hochsprung ran from a room where she was meeting with a parent and other staff members,  She never returned.

“She was not the kind of principal I remembered as a kid,” Diane Licata, the mother of a first- and second-grader at Sandy Hook, told The New York Times. “She really reached out to the students and made them feel comfortable with her.

Mary Sherlach, 56, school psychologist
Mary Sherlach had worked at Sandy Hook Elementary since 1994 and was known as a fixture at the school, according to the Connecticut Post.
She was the wife of Bill Sherlach, a financial consultant, and mother to two adult daughters, Maura and Katie. The Sherlaches were looking forward to retirement, which they had planned to spend on Owasco Lake, one of New York’s Finger Lakes, Newtown Patch reported. Mary Sherlach was a year from retiring.
Eric Schwartz, Sherlach’s son-in-law, told the Connecticut Post that he and his wife immediately drove to Connecticut when they heard on the news that the school psychologist had been killed.
Schwartz described his mother-in-law as sharp, opinionated and an avid Miami Dolphins fan.
As the news trickled out about the shooting, Schwartz told Patch: “It was a really helpless feeling. For about an hour, you try to say, ‘They got it wrong, they got it wrong.’”
Victoria Soto, 27, first-grade teacher
As the shooter entered Room 10, a first-grade classroom, teacher Vicki Leigh Soto tried to shield her students, her cousin Jim Wiltsie told the Wall Street Journal.
“That is how she was found. Huddled with her children,” Wiltsie said.
Soto had taught for five years and was known by students as silly and loving.
On her teacher’s bio, Soto wrote: “In my free time I love to spend time with black lab Roxie. I love spending time with my brother, sisters and cousins. I love to spend time reading books on the beach soaking up the sun.  I also love flamingos and the New York Yankees.”
Anne Marie Murphy, 52, special education teacher
Anne Marie Murphy, the sixth of seven children, was described by her 86-year-old father, Hugh McGowan, as “witty” and “hardworking,” according to New York Newsday.
Her mother, Alice McGowan, 86, described her as “a good soul.”
On Friday, her parents waited to hear from their daughter, but as the hours passed, they knew something was amiss. When her mother got the news, she told Newsday that she grabbed her rosary and cried.
“A first responder said she was a hero,” Murphy’s father said.
Lauren Rousseau, 30, permanent substitute teacher
Lauren Rousseau was having the best year of her life.
She had a boyfriend, Tony Lusardi III, The Danbury News-Times reported. Her mother, Teresa Rousseau, is a copy editor at the newspaper. After years of substitute teaching, she landed a permanent substitute teaching position at Sandy Hook.
She grew up in Danbury and lived with her mother and her mother’s partner.“It was the best year of her life,” Teresa Rousseau said, according to the News-Times.
On Friday night, Rousseau had planned to see the movie, “The Hobbit,” according to the News-Times. In preparation, she had made cupcakes with pictures of the actors in the movie topping each one.
Nancy Lanza, 52, mother of gunman
Investigators believe that Adam Lanza, the alleged gunman, shot his mother at her home near Sandy Hook Elementary before driving to the school and killing 26 others.
Nancy Lanza social, friends and neighbors told The New York Times. A friend told NBC News that she was a gun enthusiast.
“She had a pretty extensive gun collection,” Dan Holmes said. “She was a collector, she was pretty proud of that. She always mentioned that she really loved the act of shooting.”
He said that she took her sons to the shooting range to practice their marksmanship.
In 2008, Peter John Lanza filed for divorce from her, court records show.
Rachel Davino was 29.
Children:
Charlotte Bacon was 6. Charlotte, who had long curly, red hair, had begged her mother for a new outfit she was supposed to receive, her uncle told  Newsday. Her mother relented on Friday and allowed her to wear the outfit: a pink dress and boots.
Daniel Barden was 7.
Olivia Engel was 6. “She was supposed to be an angel” in the nativity play Saturday night at Newtown’s St. Rose of Lima Catholic Church, said Msgr. Robert Weiss, according to Reuters. “Now she’s an angel up in heaven.”
Josephine Gay was 7.

El Nuevo Dia
Ana Marquez-Greene
Ana Marquez-Greene was 6. She was the daughter of American jazz saxophonist Jimmy Greene, and the granddaughter of Jorge Marquez, the mayor of Maunabo, Puerto Rico. She was close with her brother, 9-year-old Isaias, who was also at Sandy Hook Elementary on Friday.
Jimmy Green named a song from his 2009 disc for his daughter, Ana Grace, the Ottawa Citizen noted.
In a statement posted by the Citizen, Greene thanked friends for their prayers and words of support: “As we work through this nightmare, we’re reminded how much we’re loved and supported on this earth and by our Father in heaven. As much as she’s needed here and missed by her mother, brother and me, Ana beat us all to paradise. I love you sweetie girl.”
Ana’s grandmother, Elba Iris Marquez, told the Nuevo Dia: “I want to believe this is not really happening to me.” The newspaper said she was drowned in grief.
Dylan Hockley was 6.
Madeleine F. Hsu was 6.
Catherine V. Hubbard was 6.
Chase Kowalski was 7.
Jesse Lewis was 6.
James Mattioli was 6.
Grace McDonnell was 7.

courtesy Parker family
Emilie Parker
Emilie Parker was 6. Her father, Robbie Parker, described his daughter as loving and creative.
“My daughter Emilie would be one of the first ones to be standing and giving her love and support to all those victims, because that’s the kind of person she is, not because of any kind of parenting my wife and I could have done but because those are the gifts that were given to her by our heavenly Father,” Robbie Parker said.
Jack Pinto was 6.He said Emilie was bright, creative and very loving. She carried around pencils and crayons and when people were sad, she would draw them a picture or write them a note. Recently, she dropped a card into the casket of her grandfather, who also died tragically, Robbie Parker said.

Family photo via AP
Noah Pozner
Noah Pozner was 6. He was the youngest of the victims, having turned 6 last month. His twin sister survived the shooting. He also had an 8-year-old sister at the school, according to Newsday.
Rabbi Shaul Praver tended to his mother, Veronika Pozner.
“She said that she didn’t know how she was going to go on, and we encouraged her to focus on her other four children that need her and not to try to plan out the rest of her life, just take a deep breath right now,” Praver said, according to forward.com.
Arthur Pozner, the boy’s uncle, told Newsday that Noah was very mature.
“Very well brought up. Extremely bright. Extremely bright,” he said.
Caroline Previdi was 6.
Jessica Rekos was 6.
Avielle Richman was 6.
Benjamin Wheeler was 6.
Allison N. Wyatt was 6.
Source: NBCNEWS 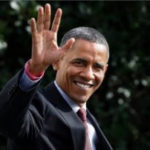