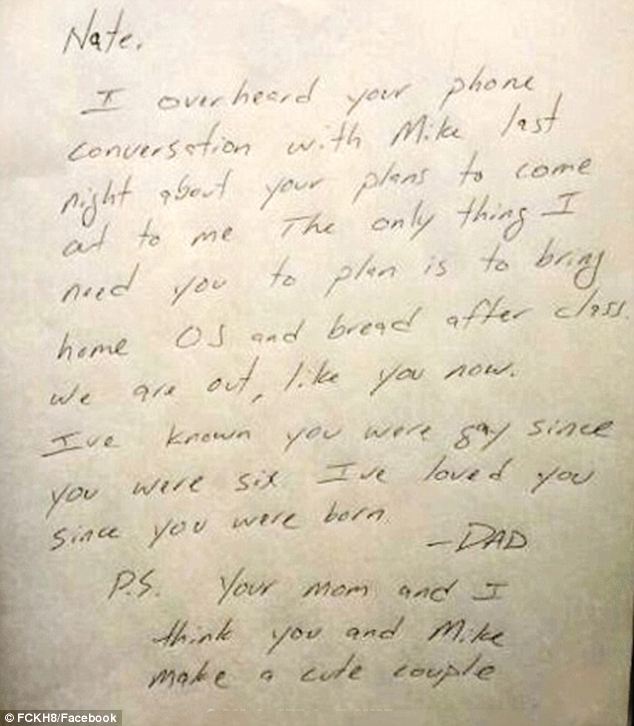 A simple gesture of unconditional love from a dad to his gay son has taken the internet by storm.
The Michigan high-school student, known only as Nate, had clearly been concerned about revealing his sexuality to his parents.
But his coming out conversation was preempted by his father, who wrote a tender note explaining that he had known his son was gay for years and simply didn’t care.
‘I overheard your phone conversation with Mike last night about your plans to come out to me,’ the letter begins.
‘The only thing I need you to plan is to bring home OJ and bread after class. We are out, like you now. I’ve known you were gay since you were six, I’ve loved you since you were born.’
The touching note is signed ‘Dad’ and the father even ends with a touch of humor: ‘Your mom and I think you and Mike make a cute couple.’….read the letter when you continue.