An 8-year-old girl, Chiemerie Asadu, allegedly committed suicide on Monday at the Ofulonu, Nsukka area of Enugu State. And according to Punch, the little girl hanged herself to death in the bathroom and no one in her neighborhood could give  any reason behind the alleged suicide.
A relative of the deceased, Mr. David Ajibo, told PUNCH Metro that the victim was the daughter of his brother in-law, and was living with him.

“This girl has been staying with us since her father died. I am shocked. I don’t know what to say. Only God knows what happened. She was hale and hearty when I left the house in the morning and I wonder what will make a small girl of eight to commit suicide,” Mr. Ajibo said.

Relatives of the deceased, who spoke in hush tones, wondered why she took her life, considering her age. A resident, who pleaded anonymity, said the girl was full of life in the morning of the fateful day. She said:

“I am terribly surprised because I saw that girl playing with other children when I was going to the market in the morning. I wonder what will make a girl of eight to commit suicide.

Another thing that surprise me is that the two legs of the victim were touching the ground, which is not normal when one commits suicide; the legs should be up. I urge the police and relevant security agencies to investigate that alleged suicide. Even the rope on the neck of the victim is not strong enough to kill her.”

The Police Public Relations Officer in Enugu State, Mr. Ebere Amaraizu, confirmed the incident, saying the police has commenced investigations into the sudden and unnatural death. The corpse of the deceased is now at Bishop Shanahan Mortuary, Nsukka. 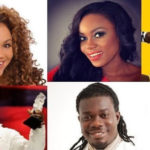 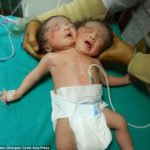