In Umuekechi village Umuekwunne community in Ngor – Okapla Local Government Area of Imo State, a seven month pregnant woman burned to death by her brother in – law,it gathered that she was soaked with fuel and set on fire by her brother in – law with the clam that she poured water on his dog.It gathered that the children were eating in the family’s compound, the dog of her brother-in-law, Chibueze, strayed to where they were eating, and the dog depth its mouth into the children drinking water, the children told their mother who was doing laundry in the same compound Mrs. Uloma Njoku than poured water on the dog in other to chase the dog away
Her brother in –law Njoku Chibueze, who was in his room at the moment and saw what his brother’s wife did to his dog. came out to tackle her, wanting an explanation why would she poured water on his dog just because the dog wanted to drink water from a cup. That led to an exchange of insulting words between Uloma and Chibueze.
Mrs. Uloma Njoku went to the back yard to spread the clothes she had washed. Chibueze had gone into his room. He came out with a plastic bowl filled with petrol and went directly to Mrs. Uloma Njoku, who was hanging the clothes she had washed at the back yard. Without delay he poured the fuel on her, and set her on fire and then ran away. It was Uloma’s neighbours heard her cry and tried to quenched the fire, and then hurried her to the community health centre.
As a result of the severe burns she had suffered she dead the following day. Uloma had never been in good terms with Chibueze, adding that the death of Uloma should be blamed on her husband, Emma Njoku. “This incident is nothing but the climax of accumulated grievances by Chibueze. But he went too far this time and that is why the youths had to hunt for him.
The youths of the village who could no longer bear the violence of Chibueze had to fish him out from hiding and hand him over to the police. Many members of the community said Chibueze Njoku had, before the latest massacre of setting his elder brother’s wife on fire, been a terror in the village. One of the community members, a man, said the people, including his family members, were afraid of him, as he had once threatened to kill his elder brother and his children.
Source: Newsgallary.com 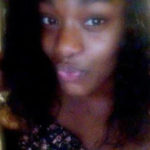 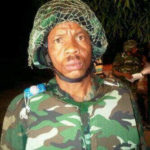