Rap mogul Jay Z has all the right connections. The self-professed “business, man” is now licensed by the NBA to represent NBA athletes, according to a report on ESPN. The news was first reported by Sports Business Journal.
Jay Z, who has zero experience as a sports manager, signed NY Yankee Robinson Cano and NY Giants wide receiver Victor Cruz after forming Roc Nation sports management agency with his business partner Juan Perez (pictured left). He later signed WNBA player Skylar Diggins. But professional athletes are not rappers, and insiders are questioning whether Jay Z has the skills to negotiate major sports contracts and endorsements for his clients.
The 45-year-old initially led the media to believe he had forfeited his less than 1 percent interest in the Brooklyn Nets in order to be eligible to represent NBA players. But a source close to the situation told ESPN that, as of Wednesday, Jay Z had not sold his small ownership share of the Brooklyn Nets.
ESPN speculates that Jay Z will not actually represent his sports clients himself. It’s obvious that he is using his fame to collect professional athletes to boost his own brand and his ego.

From ESPN (via Rap Radar):
The first NBA player Jay-Z is expected to sign is Oklahoma City Thunder star Kevin Durant, who told his agent, Rob Pelinka, in recent days that he would sign with Jay-Z. Durant has not commented publicly.

Roc Nation partnered with Creative Artists Agency to do Cano’s contract negotiations since the company doesn’t have an MLB agent on its roster. Smith’s contract will be negotiated by Kim Miale, Roc Nation’s new NFL agent who has very little experience.

On Wednesday, NFLPA officials met with Miale to determine if Jay-Z, who is still not certified with the NFL, violated the union’s “runner rule.” The rule says that anyone who is not certified cannot recruit players, yet Smith, the Jets’ rookie backup quarterback, tweeted a picture of himself sitting in the same room with Jay-Z. The outcome of the meeting between the NFLPA and Miale is not known. 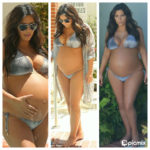